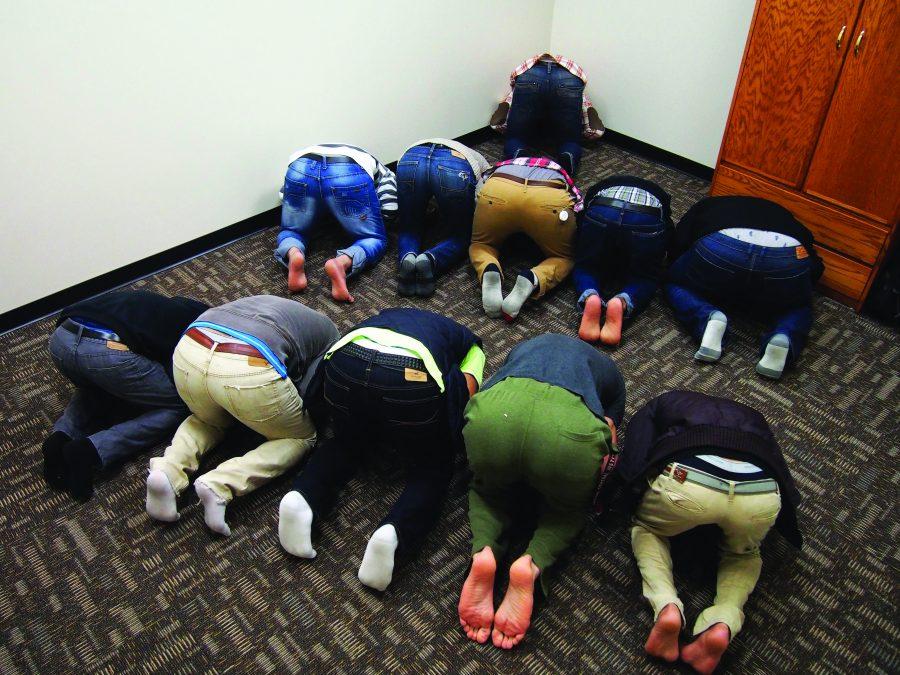 In spring 2013, Lindenwood University opened a prayer room for the Muslim students. Located in the Spellmann connection center, the room is mainly used every Friday for the weekly prayer, the Jumu’ah.

“Providing a designated place for Muslims to pray was a big step but there is undoubtedly much that can still be done,” said Matthew J. Aragon Bruce, assistant professor of religion.

Starting in the fall semester, Bruce will teach a brand new religion class, “Islam and the West.” The course will be divided into three parts. In the first third of the semester, Bruce will be teaching about basic beliefs and practices of Islam. The second part will be focused on the evolution of relationships in history between the world of Islam and the “West.” In the final third of the course, the students will read short pieces written by modern Muslim writers that address different modern issues.

“My primary aim with the course is to have students engage the thought of contemporary Muslims,” said Bruce. “How do Muslims understand their faith? What do Muslims think about the relationship between Islam and the West?”

Maxime Brissac, a junior exercise science major from France, conducts the prayer every Friday and he will be taking the class this fall. “I look forward to see how a class about Islam, taught in a Christian university, will go,” said Brissac. “Of course, I have prior thoughts about the class, but I am really curious.”

Like Bruce, Usonbek Sali, a finance student from Kyrgyzstan, thinks the university could do more for the Muslim community on campus.

“Yes, they opened a prayer room, but not many students know where it’s located,” said Sali. “There is a lack of information about Islam at school. Even smaller things are not delivered to our other non-Muslim friends about the religion.”

Hady Rateb, an Egyptian student, uses the prayer room but he doesn’t think that the university could do more.
“Judging by the number of Muslims, I don’t think they have to do anything special,” said Rateb.

For Bruce, the important factor is to give information about Islam because it is a community that it growing more and more. “In my World Religions survey course, I tell students that Islam is predicted to surpass Judaism as the second largest religion in the USA by 2015,” said Bruce. “Thus, if you are going to be a teacher you simply will have Muslim students in your classroom at some point in your career. If you go into business, you will have Muslim business partners.”

Bruce hopes to see Muslim students in his class, and looks forward to have discussions with the non-Muslim ones. “Learning about Islamic belief and culture is thus essential to maintain the stability of a multi-cultural society like that of the US,” said Bruce.

“Much of what we get in the media is deeply distorted and sometimes entirely false. I want to provide a setting in which we can let various Muslim authors speak without the machinery of entertainment media.”