Brryan Jackson to speak on HIV 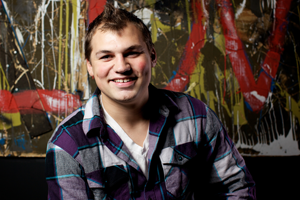 The Lindenwood University Speaker Series has made a special addition to their lineup. On April 15 Lindenwood will welcome Brryan Jackson. The event is free to the public and will begin at 8 p.m. in the Spellmann Campus Center’s Anheuser-Busch Leadership Room.

Jackson was injected by his father with HIV-tainted blood at 11 months old. At age 5, he was diagnosed with AIDS and wasn’t given a high life expectancy. However, now as an adult, Jackson has beat the doctor’s prognosis and is an activist for HIV education.

Brryan will speak at Lindenwood about his life story about living with HIV and AIDS as well as providing education.
“The only cure we have right now is education,” Jackson said.
Jackson was born and raised in St. Charles so he holds a connection with the students of Lindenwood.

“This campus is in my hometown; I want to educate people on what the HIV virus is,” Jackson said.

He felt compelled to speak at Lindenwood because of his local connection and because of the issue that took place last semester regarding Michael Johnson.

“I heard on the news about people at LU being infected with HIV and felt obligated as a citizen of St. Charles to contact Lindenwood,” Jackson said.

Jackson speaks on high school and college campuses as well as any other event where he feels he can reach out to.“I have been working with Washington University, teaching and using my story to educate,” Jackson said.

Despite his condition, Jackson has served as an HIV educator and activist, runs the nonprofit Hope is Vital, and is currently in the process of writing his own book “I Exist.”

For more information on Jackson or the Speaker series visit lindenwood.edu/news orbrryanjackson.com.