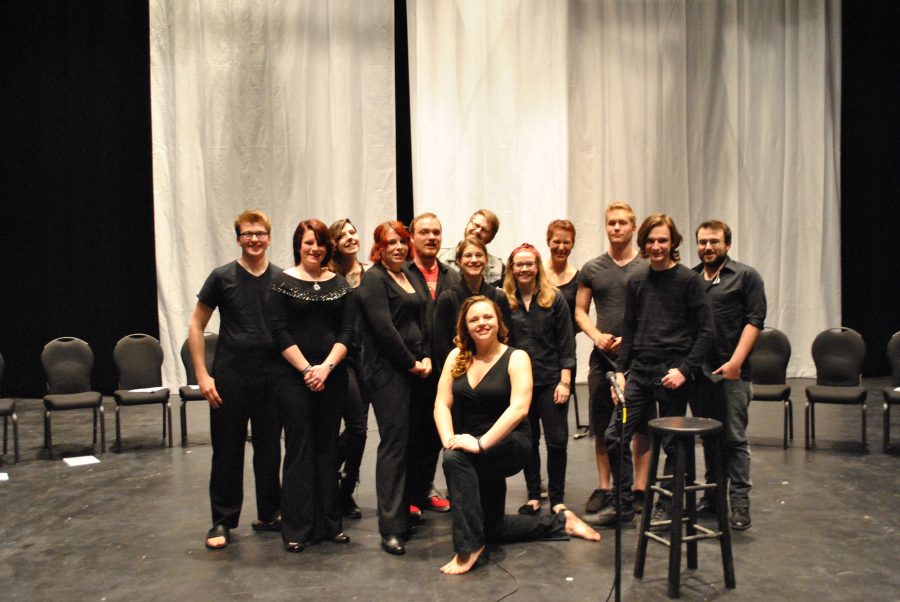 Students’ written works were performed at the first annual “LU Monologues.” Inspired by the SLU Monologues, the LU Gender Studies club hosted the performance in the Black Box Theater.

“I really enjoyed it,” said audience member Cody Kral. “It was very insightful and raw.”

The prose monologues discussed personal experiences and problems the writers had been through. Submissions were open to the student population and were allowed to be anonymous. “The group was very supportive of one another and we had around 80 audience members- way more than we were expecting!” said Abigail Fallon, president of the Gender Studies club.

“We had 14 authors write 28 pieces, all with their own unique subject matter and message.”

The different pieces were performed by the writer themselves or another individual, depending on the writer’s wishes. Each piece was personal and powerful as many tears were shed, though many laughs could also be heard.

“I went in on blind faith and this night was a surprise for me,” said Gender Studies advisor Heather Brown-Hudson to begin the performance.

Though the night did contain sensitive subject matter that may not be appropriate for younger viewers, it was intended for a more mature audience to speak about subjects not commonly conversed about in public. The night made a point to open the floor for a safe environment to share stories and support one another.

Fallon said, “Through the LU Monologues students were able to open up about homosexuality, discrimination, mental health disorders and so many more important issues that we are taught to keep under wraps simply because it makes people uncomfortable.”

Fallon said the group hopes to host the event every semester. Keep an eye out for the LU Monologues blog and video posts on LindenLink.com.