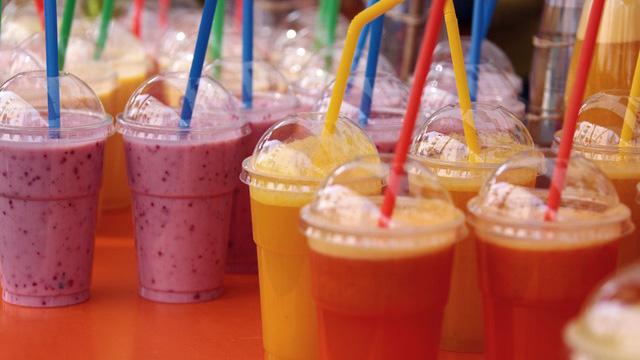 The company rated as #1 Juice Bar Franchise by Entrepreneur’s Franchise 500 list for 20 years is now opening a location in St. Charles. A Smoothie King is expected to be opening on 5th Street during the last week of May. The building that used to house Hostess is in its fifth week of renovation to become “a place for people to enjoy and hang out,” according to franchise owner Robert Dodd.

Students have also showed excitement for the smoothie shop. “This will be a great asset to Lindenwood students. Being a frequent customer of Smoothie King, I normally go to Mid Rivers, so it will be nice to go to one closer by,” said senior Shane Bosillo.

Dodd has been retired for 10 years and this is one of many ventures he has embarked on. A 41-year St. Charles Resident, Dodd has come to know the area and has seen the need for a smoothie shop. “We want to inspire people to lead healthy and happy lives.”

The founder of Smoothie King owned a health store and today’s franchises follow the same principles of health and happiness. “We welcome everybody and want everyone to walk away happy,” said Dodd.

Smoothie King prides itself on the emphasis of fresh fruit and other healthy ingredients. The sugar used in smoothies is a raw, healthier sugar. Also available at the store are health bars, vitamins and healthy snack foods.

“We have a smoothie for everybody,” said Dodd. “All our smoothies have a purpose as well.”

When ordering a smoothie, one can choose a variety of fruits, juices and enhancers like energy booster and vitamins that can be added.

Hoping to give the store a coffee shop feel, the shop will include seating inside and outside as well as a drive-through. Bike racks are in the plan for those who enjoy biking or for a rest stop along the Katy Trail.

The building is bigger than originally planned, but the Dodd family believes it will just make the store more welcoming. Dodd’s idea is to have wifi to be available so students can relax and enjoy themselves while being able to work online.

“Being so close to campus, it allows you to be fit and active while walking to and from Smoothie King which itself promotes healthy, a win win,” said Senior Josh Wolk.

Wanting to have a presence on campus, Smoothie King hopes to hand out coupons and samples similar to Papa John’s Pizza. There is also a loyalty app customers can access on their phones to gain rewards.

Students can also benefit because Smoothie King is currently accepting applications for employment. The training is a detailed program, but is important to Smoothie King’s consistency in service.

“The nice thing about Smoothie King is that you don’t walk away smelling like hamburgers. If a Smoothie King doesn’t smell like fresh fruit then something is wrong,” said Dodd.

The application, page 1 and 2, can be emailed to [email protected] or hand delivered when the renovations are complete later this month.