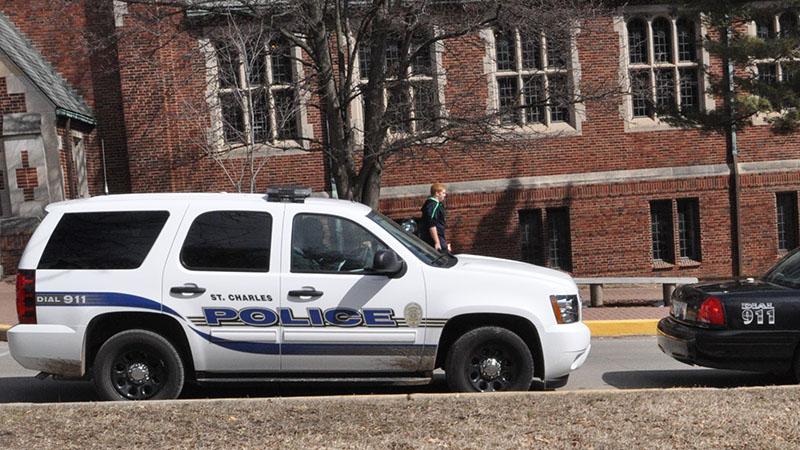 Saint Charles detectives are searching for a man who broke the sliding glass door of an LU student’s apartment and sexually assaulted her in her bed early Thursday morning, according to director of security John Bowman.

The man is described as a black male with very short hair, approximately 5’7” to 5’9” tall, weighing approximately 150-180 pounds with an athletic build and wearing a tan coat with white knee length basketball type shorts, according to the Rave Alert that went out campus wide Thursday.

According to Bowman, the victim woke at 3 a.m. Thursday morning and noticed the hall lights were off. The victim thought it was strange that both lights went out simultaneously and started to get out of bed when the man came through her bedroom door and sexually assaulted her. The victim was also burglarized.

According to Bowman, the victim called police at 3:48 a.m. She was then transported to the hospital per standard procedure. Whether the victim remains in the hospital is currently unknown.

LU security, according to Bowman, was notified of the incident at 5:51 a.m. An initial Rave Alert went out at 6:36 a.m. Further information was released via Rave Alert at 9:16 a.m. According to Bowman police are continuing to work on getting a suspect identified.

Students are reminded to travel in pairs, let someone know where they are going and who they are going with, to leave a light on when they are leaving their room or apartment so that they are not entering a dark room and to report all suspicious persons to LU Security at 636-949-4911 or the Saint Charles Police Department at 636-949-3300, according to the second Rave Alert email.

Students were also advised in the second Rave Alert email that LU security is available to conduct walking escorts to and from parking lots and buildings 24 hours a day by calling security at 636- 949-4911. Resources such as the Lindenwood Counseling Center and two Behavioral Health Response hotlines were also included in the email.

More information will be posted when available.