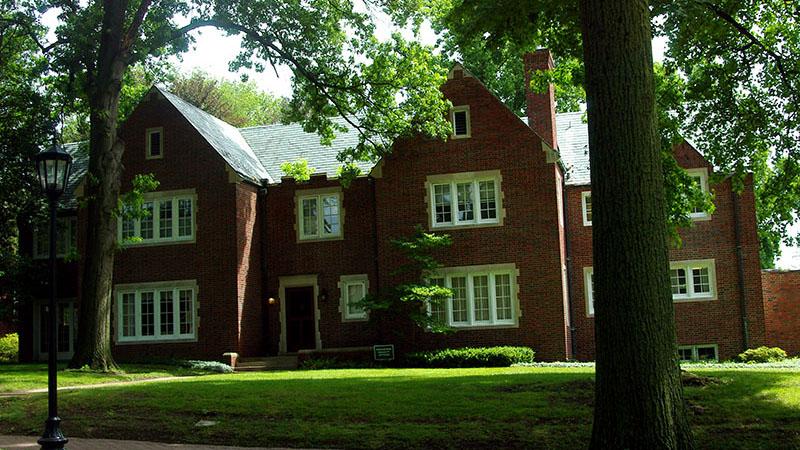 The old house sitting in the middle of the historic side of campus was built in 1941. Built under the Roemer administration, it was to be used as the President’s house. Unfortunately, Roemer never saw the building completed as he passed in 1940.

The building however continued to serve as the President’s house until the 2007-08 school year when a new home was built and the previous building was filled with offices for the School of Education.

At that point, it was decided that the building would be dedicated to a woman that contributed to LU from the time she was a student onward: Dorothy Warner.

Warner, alumna of Lindenwood College, had already been honored in multiple ways.

She was a long-serving and lifetime member of the LU Board of Directors. Her lifetime donation total to the university was large enough for Warner to be a founding member of the Butler Society, a group of LU’s most generous donors.

Warner also contributed enough to the university that the board of directors saw her as a fitting tribute for the chapel in Sibley Hall. In 1994 the chapel was officially named the Dorothy DuQuoin Warner Chapel.

Warner was a student and life-long Lindenwood supporter. Because of that, she has three of the college’s most storied venues dedicated to her honor.