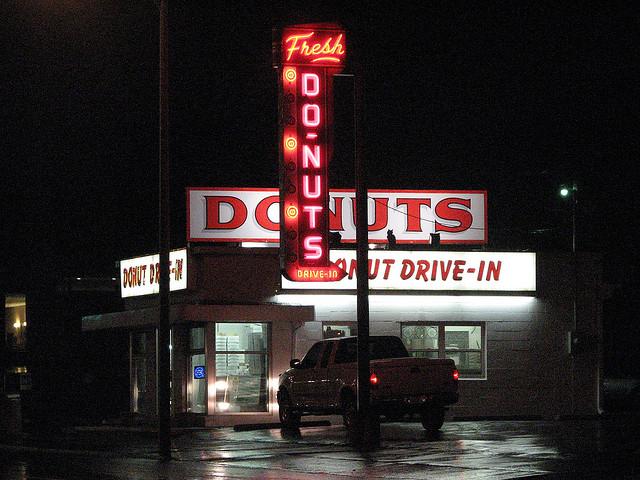 Like most cities, St. Louis and surrounding areas have unique and good places to entertain you and get a bite to eat. Here are some entertainment and restaurant spots.

The University City Loop sits just outside St. Louis city. It is home to the St. Louis walk of fame, shops, a movie theater and restaurants. One of the most popular restaurants is Blueberry Hill. In its basement is an intimate concert venue called the Duck Room.

Famed American musician and songwriter Chuck Berry has been playing concerts at the Duck Room for decades. Other national and local bands play the venue as well. A visit to Blueberry Hill’s website will provide upcoming show information and ticket availability.

Just on the fringe of St. Louis University’s campus sits the Moolah Theatre. It is home to a bar, a movie theatre with recliners and a bowling alley. Free parking is available in the theatre’s garage.

Los Angeles may be known as America’s donut capitol, but St. Louis is also home to many donut dives. One such establishment is Drive-In Donut. It has been on Chippewa Street just a few blocks from Ted Drewes since Stan Musial was playing for the Cardinals.

This diner’s interior is unchanged from the 1940s. Every weekday, policemen and construction workers fill up its small lunch counter. Eat Rite is open 24 hours a day becoming a favorite for bar-goers after dark. The food is moderately priced at this one room diner that sits a few blocks south of the heart of downtown St. Louis at Chouteau and Seventh.

This restaurant sits in St. Louis’ Italian neighborhood, “The Hill.” Cunetto’s is known for large portions, and traditional Italian-American dishes. Its hours of operation and menu are available on the restaurant’s website.

A line begins to form outside Pappy’s Smokehouse well before the doors open each day. The award-winning restaurant serves large portions of various kinds of barbeque. St. Louis University students and St. Louis Cardinal players are both regulars at Pappy’s.

O’Connell’s is a dimly lit Irish pub with both a bar and dining room. The menu is small, and many of the cliental are regulars. All food is served on special O’Connell’s paper plates.