Lindsey Rae Writes The Day: How Much Money Is Enough? 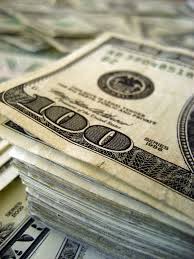 The first thing that most college graduates think about is getting that job that they’ve worked four years for. Of course, graduates want a job that is in their field and only a few are lucky enough to get one.

Anything over minimum wage sounds great to graduates, especially when you hear the annual salary. But when you break it down, how much is enough to become a full-fledged adult?

Just to set it up, I am a print journalist major who is looking to work and live in Union County in Illinois.

According to Chron, the average salary of a beginning job as a journalist at a weekly paper is $25,000 a year. Let me break down an average living cost where my place of work will most likely be.

With a monthly paycheck of $2,083 and spending an average of $1,600, I would have about $483 available after all my necessary bills are paid. To a college kid, that’s a lot of money. To an adult trying to live on her own, it isn’t very much.

Let me put it in this perspective. According to city-data.com, the average home in Union County Illinois costs $83, 746. If I was trying to buy a house for myself and my future family, I would need to save about that amount.

If I saved my $438 every month towards buying a house, given that no major expenses popped up (which is highly unlikely), I would need to save for a little under 15 years before I could buy a house. I wouldn’t be able to afford a home until I was 36-years-old.

As a journalism student, I have always been told that we go into the field for the love of it, not the money. But that seems a little extreme. The world revolves around news and journalism is the only career protected under the constitution. We go to school for four years just like everyone else, yet we are one of the most underpaid professions in the world.

Granted this is me totally trying to live on my own. Most people by 36 have gotten married and get financial support from their spouse or partner. But getting married or financial support is not something guaranteed. You should be able to support yourself by yourself once you have graduated from college and received a full-time job. That’s what you go to college for is to get paid more.

Until I wrote this, I did not break down all the expenses I would be faced with. I’m not saying it changes my mind about being a journalist, but it might others. This could apply to other careers besides journalism, so it’s a good idea to either realize what you’re getting yourself into or be willing to move where you will get paid more. Your passion shouldn’t have a price tag, but you have to be practical about it as well.