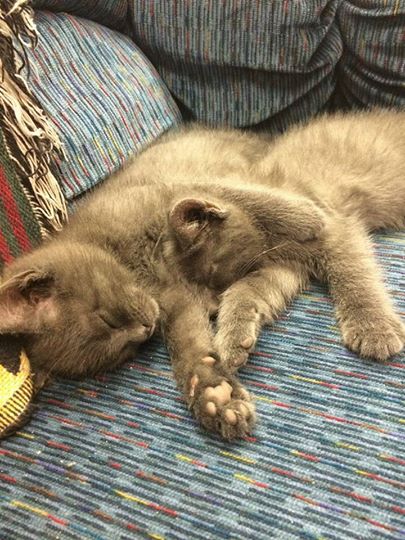 Recently, I adopted twin bobtail kittens and I love them so much and couldn’t be happier. I remember waiting patiently my last semester of college so when I returned home, I could finally have a feline companion, even though I ended up with two.

It made me think about all the different things that college graduates wait to achieve or receive once they complete their degree.

I think everyone knows those few people in college who are already married or have children.

A couple months ago, I interviewed one of those students.

Michael Sprague, a married graduate of Lindenwood, said, “I didn’t have any drawbacks to getting married. We had been dating for almost four years at the time and lived together for a couple years,” Sprague said. “When I told my parents, I said, ‘I think I’m going to ask Nora [his wife] to marry me.’ Do you guys think that’s ok?”

It occurred to me that some people are just ready for that commitment.

According to CNN, out of 20,928 undergraduates surveyed by the National Center for Education Statistics in 2008, about 18 percent reported they were married.

Some come into college already having a child from their high school years.

According to iwpr.org, there are 3.9 million student parents enrolled as undergraduates in colleges and universities.

I personally couldn’t have imagined being married or having a child while I was attending LU. There is so much stress and time-consuming tasks that I wouldn’t have possibly had time to put work into my marriage. I don’t know what I would have done if I had a child.

So back to the reason why I began talking about my kitties.

As much as I love them and can’t wait to spend a good portion of my life with them, they are such a handful! There are times I would rather write a 10-page paper than have to clean up messes, lose sleep or spend money I don’t have on them. I knew all of this would happen. So why did I chose to adopt them and continue caring for them?

Because of me, they have a good home, food and water and a few toys to play with. They also have an unlimited supply of hugs and kisses. Once I came to this conclusion, I realized why people deal with the stress of a marriage and children in college.

If you love someone enough, you can accomplish anything. You will make all the sacrifices in the world for them to be happy. That’s why college marriages work. That’s why raising a child while in college works. The love that people have for one another makes all of these things that seem impossible to me, possible for some.