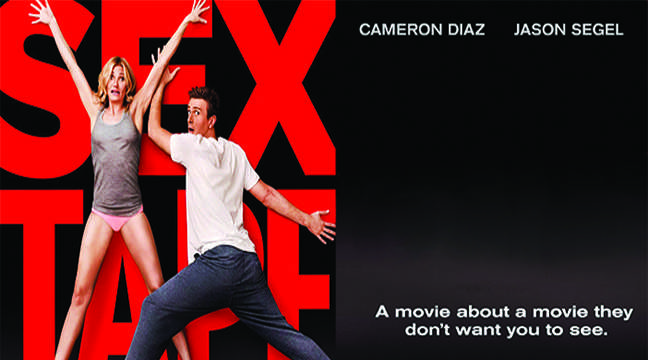 WARNING: The movie contains awkward scenes not meant to be viewed with family members (i.e. your mother). Luckily, I went with one of my best friends, and it was still awkward.

Cameron Diaz and Jason Segel play a married couple that creates a sex tape in order to keep their relationship alive and get out of the rut they have been living in. Life, apparently, doesn’t call for much alone time with two little kids. Problem is the tape is uploaded to the Apple iCloud from Segel’s iPad. Other problem? Segel has given away multiple iPads to family, friends, the mailman and his wife’s possible new boss that are connected to his cloud. Panic ensues.

Fifteen minutes into the movie I was looking for the remote to change the channel. It’s a slow start, but Segel’s humor makes it much better. I was disappointed with Diaz’s performance; this was not her best role. Her acting was sub par and everything felt fake and rehearsed. At least Segel had some realistic reactions and humor.

Just when I was looking for that remote again, Segel would drop a humor bomb, like being chased by a dog that’s safe word is “Hakuna Matata.” You’ll get that reference when you go see it. Better yet, wait until it comes to a Red Box near you, and then split the cost with your 10 friends. This movie is really only worth about 10 cents.

There are a few other twists and turns along the way, but I don’t want to ruin the other surprises if you plan on spending $10.50 on this movie. Do you know what else $10.50 can buy you? A month long subscription to Netflix and chocolate. I’d rather re-watch all the ABC Family original movies Netflix has to offer than watch Sex Tape again.