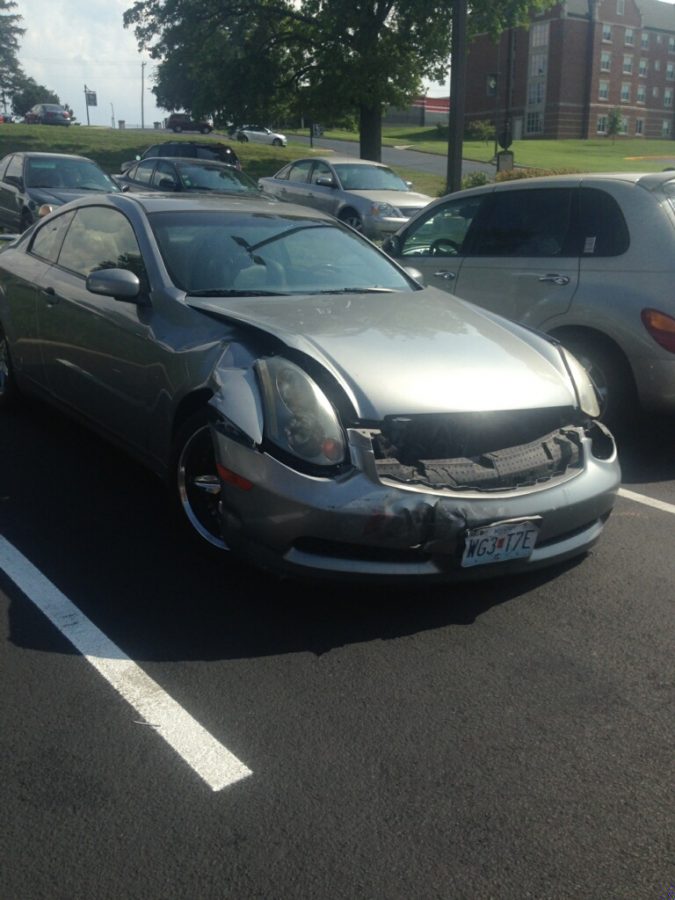 The exit of the Spellmann Center parking lot was the location of a minor frontal collision this afternoon.

Chelsey McMichael said she saw a gray 2009 Infinity G 35 and red 2008 Lancershe was behind collide.

According to Sabreena Shelton, who witnessed the crash, they both pulled out at the same moment after having stopped. After colliding, “the red one did a full spin and landed in the exact same spot it started in.” Shelton said both drivers were calm when they got out of their cars and nobody was hurt.

Security responded to the incident.