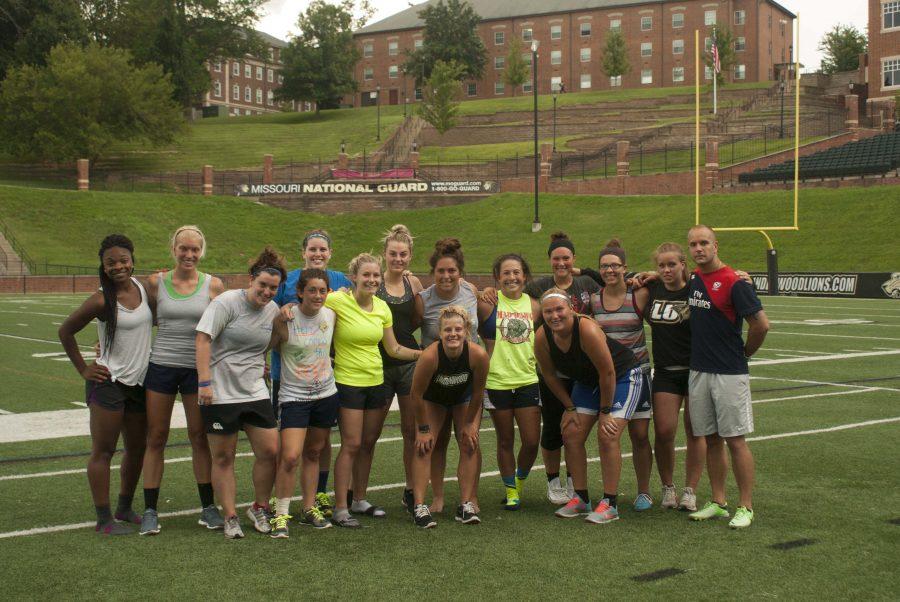 Success is once again on the minds of the women’s rugby team, as they begin their season with several new additions and a fresh approach in leadership.

The team is coming off a 5-1 record last season, including two shutouts. On top of the team’s record, it is also to be noted that the team has remained unbeaten at home since the 2011-2012 season.

Thomas will lead the team as the backs captain, along with Divich who will take the role of forwards captain. Both have experience playing at the international level for reputable teams outside of LU.

While there are several new members to the team, they are not the only new faces among the LU women’s rugby program. Billy Nicholas, the newly hired head coach will be leading the girls in his first season as the Lions take to the pitch this Saturday at Ruggapalooza in Carbondale, Illinois.

With over seven years of experience, Nicholas comes to LU with an impressive resume. In his time in New York he served not only as the director and coach of two successful high school programs, who captured four championships in four years and tallied a public school record of 63 consecutive wins.

His accomplishments such as being named one of the top USA Rugby 2014 Coaches of The Year at the National Development Summit in Philadelphia, have been recently acknowledged by the New York Times and other prominent media outlets for the sport of rugby.

As a player, he was a member of the Old Blue Rugby Football Club, a professional team from the New York City area. While with the Old Blue RFC he competed in both 15’s and 7’s.

Flying in from New York City earlier this week, Nicholas has only had a few short days to get to know his players and work with the team before their first match. Despite this obstacle he already is optimistic about their mentality as the start of the season quickly approaches.

“From the little time I have had with the girls I can tell you that they are hungry and motivated to be successful,” Nicholas said. “… and they will be.”

Even though the coach has the upmost confidence in his team, Nicholas knows that the season brings several challenging Division 1 opponents, making each match a step in the climb to reach their goals as a team and overall as a program.

“We have a long season ahead of us and efforts will be focused on a “one day at a time”, process orientated philosophy,” Nicholas said. “Each of our small accomplishments will result in the larger success for the program.”

Becoming involved with the team is still an option for any girls that are looking to take to the pitch. For more information, those interested can reach out to Coach Nicholas at [email protected]