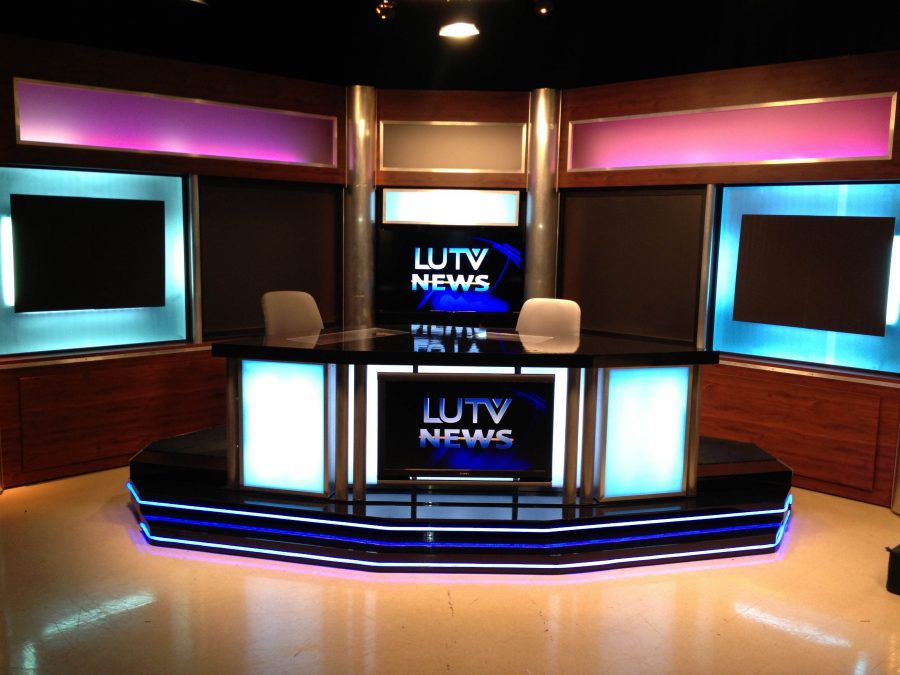 LUTV’s HD Studio received a donation of a news set worth over $25,000 to be utilized by faculty members and students at the St. Charles Campus of Lindenwood University during the summer of 2014.

Fox Sports Midwest, along with Channel 9 News Station, offered to donate the set to the directors of the LUTV’s HD Studio after the set had become obsolete at Fox’s main location. Earlier in the year, Channel 9 News had moved a portion of their news coverage to Ballpark Village and had created a brand new set.

Peter Carlos, station manager of LUTV and associate professor in the School of Digital Cinema Arts, jumped at the offer. Carlos, Professor Ed Voss, and two other students took a truck to pick up the new set. Once the set was brought to the news rooms, the man who originally built the set visited the HD Studio on campus and he reassembled it to configure to the dimensions of Lindenwood’s news room.

Professor Carlos expressed his delight in Fox Sport Midwest and Channel 9 News generously donating the set to Lindenwood. “This new set will help motivate our student to do their work, and it helps us to perform better as a news station using a set that famous broadcasters and sports figures have used in the past”, said Carlos.

The set has already been used by various students at the St. Charles campus of Lindenwood, and new television screens and other updates are currently being added to enhance the appearance and function of the new set.