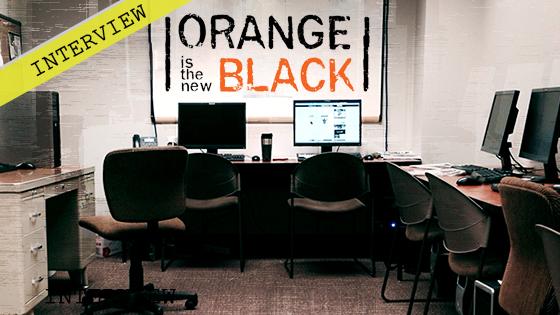 Most people know Piper Kerman’s story via “Orange is the New Black,” a memoir turned Netflix original series that describes the 13 months she spent in a federal prison for her minor role in a drug ring. Few are as familiar with Kerman’s work being a tireless advocate for prisoners’ rights, particularly those of female prisoners.

Regarding criminal justice reform, a general lack of sympathy exists for, well, criminals. In a recent interview with The Legacy, Kerman said, “There are some fundamental things which are true for most women who end up behind bars… a high degree of mental illness… substance abuse… experience of trauma…. All those things are kind of relevant to how folks are and what issues they struggle with while they’re locked up.

“I think the thing that is really true is that a first person narrative helps us understand what an experience might be like.”
As for the experience on the other side of the fence, women are more likely to be assaulted by prison staff than by other inmates.

Kerman said, “In every single women’s prison and jail there are instances of sexual exploitation and abuse, and in some facilities that problem is not just sort of individual, like bad apples, but a very systemic problem.”

She suggests that both having an equal amount of male and female guards in both men’s and women’s prisons would be a step in the right direction. In addition, Kerman said that, “Generally, one of the most important things that all prisons and jails can do is establish a way for a prisoner to get justice and protection that does not inherently depend on the power structure, the command structure, within the prison.”

She compares this with rape in the military, an issue that has generated much attention in the media recently.
To compound the issue, Kerman addresses the estimated 80,000 inmates who are being held in solitary confinement right now.
Another really significant factor with women in solitary confinement is prisons’ use of solitary confinement to punish or to threaten women who might otherwise report things like sexual abuse by staff. That has been a very consistent phenomenon in many prisons and jails…”
Whether corrections officers have good reason for putting people in solitary or not, Kerman says that it only takes 10 days for isolation to cause mental, emotional, and physical deterioration in a healthy inmate. This extreme measure can be even more damaging to a patient who has a history of mental illness, as many do.

Is it possible that we simply put too many people away?
The rate of incarceration for women has increased in this country by 800 percent over the last three decades, which is a staggering increase, and that is not because there is a crime raise among women, but rather because we started putting people in prison in this country who we never put in prison before”

I would argue that for many of those women, especially women who are mentally ill or suffer from substance abuse, and who have committed very, very low-level crimes, prisons and jails are not the right place for them, and two-thirds of all women in prison are there for a nonviolent offense”
For what? Are we really safer with so many people behind bars? “I think that the idea that incarcerating so many people is what keeps us safe is very wrong-headed. I think that what we have done in this country is created a cycle in and out of prisons… 80 percent of the people who are accused of crimes in this country live in poverty. The criminal justice system cannot remedy the problems of poverty; we need much smarter choices, especially when it comes to public health and public education. Those are the things that will make us a safer society.”

When asked about alternatives to incarceration, Kerman says that it is preferable to hold people accountable in a local sense, because, “Folks are not necessarily sitting in prison thinking about the harm they caused to the community when they committed their crime, they’re thinking about ‘how am I going to survive in this terrible place’. If we really want people to focus and understand the harm that they’ve caused and make amends for it, then it’s really important to keep them connected to the community.”

Kerman presents “My Year in a Women’s Prison” this Tuesday September 9, 7 p.m. at Lindenwood J. Scheidegger Center for the Arts. For more information, click here.

Check the interview’s audio below:

ABIGAIL FALLON: Do you think that there should be more resources for women going into prison?

ABIGAIL FALLON: In an interview with NPR you say, “What you really have to figure out is where you fit in the social ecology of the prison.” Between race, class, and sexual orientation, what was the biggest factor?

ABIGAIL FALLON: There is supposedly a zero tolerance sex policy in penitentiaries. In your book you say that, “sex and power were inseparable behind prison walls”, and that you would be “in more danger from guards than from other inmates”. Do you think that women’s’ prison guards should be female?

ABIGAIL FALLON: How else can prisons keep women safe from sexual abuse?

ABIGAIL FALLON: You testified before a Senate Judiciary Subcommittee (on the Constitution, Civil Rights and Human Rights) on “Reassessing Solitary Confinement”. ABIGAIL FALLON: Is this, in your opinion, the biggest issue facing female prisoners?

ABIGAIL FALLON: So let’s talk a little bit about what puts women in prison in the first place. You faced something called “mandatory minimum sentencing”, which as I understand means that for a money laundering charge you would have been in jail for over 10 years if you were convicted, so you pled guilty instead and ended up only serving about 13 months (of a 15-month sentence)?

ABIGAIL FALLON: Do you believe that there are there suitable alternatives to incarceration, especially for nonviolent crimes?

ABIGAIL FALLON: In the past you have called this “incarceration mania”. Is it your opinion that the criminal justice system does not actually prevent crime?