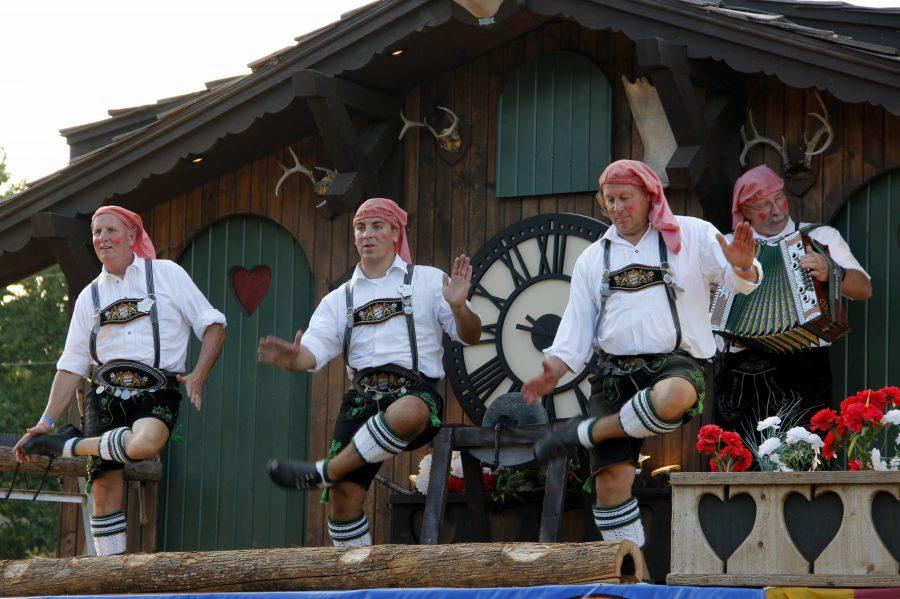 Authentic German costumes could be seen on the dancers performing at Oktoberfest in 2014.
Photo by Romane Donadini

The famous German “Oktoberfest”, which is held in honor of the Bavarian Prince Ludwig’s marriage to Princess Therese in 1810, found its way back to St. Charles last weekend. A vast number of people ventured to the riverfront in order to participate in the festival which provides the opportunity to experience traditional German culture in Missouri. Surrounded by leather pants, dirndl costumes, German flags and Bavarian hats, visitors enjoyed food, beer and music. A variety of live bands performed on four different stages, which were placed all around the festival ground.

LU hoodies, “Fear the Lion” shirts and familiar faces could be seen all around the festival. “I haven’t been to the Oktoberfest since I was younger,” said junior Nicholas Lauer, “so I was looking forward to see a lot of red faces in leather pants who’re celebrating the good German beer. The Oktoberfest is a great opportunity to have a good time with your friends in a cozy atmosphere.”

Oktoberfest also proved the U.S. is a crucible for different cultures, languages and values. “I knew that the Oktoberfest is a German festival and I never expected the Americans to celebrate it in such a huge way,” said Claire Pinquet, a freshman from France, explaining how she was surprised of Oktoberfest’s grandness in St. Charles. The organizers also arranged a 5K run and an antique car show on Saturday.