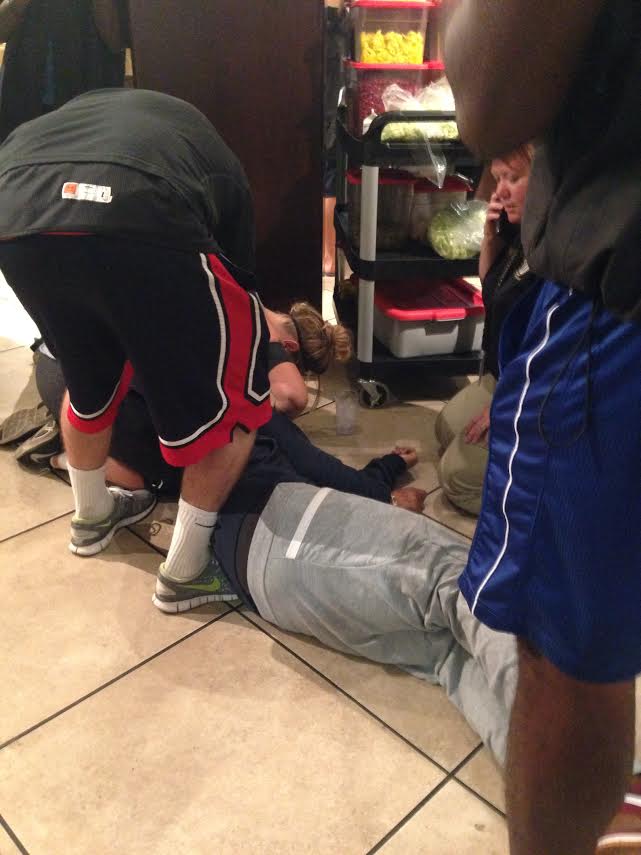 The dining room in Evans Commons was filled with talk about seizures tonight after a sophomore collapsed.

Defensive Back Wesley Thomas dropped to the floor and landed loud enough to turn heads all throughout the cafeteria.

Sunjee Lkhagvasuren was standing behind Thomas when he fell. She immediately told someone to call 911 as she went to aid him.

“I got certified as a nursing assistant when I was in high school, so I knew most of what I needed to do,” said Lkhagvasuren.

She said she thought someone pushed him, but quickly realized he fell on his own.

Another witness, Ariana Lewis, said she thought his friend was messing with him because “his friend was pushing his hips against his.” Then he went straight back and his head smacked into the tile.

Alexandria Knappe also helped Thomas. She stayed with him as they lifted him onto a stretcher to leave. Both are now at St. Joseph’s hospital.