Women’s soccer shut out at home 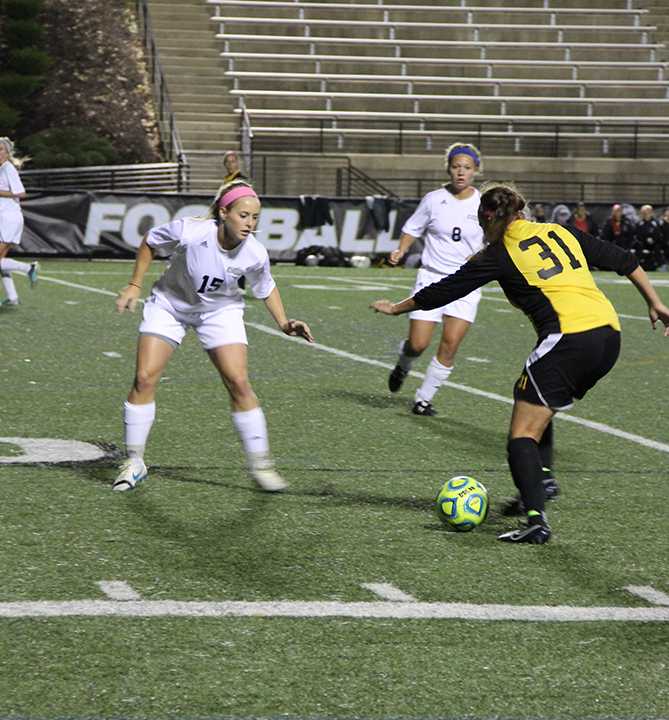 In the first of a four-game home stand, the women’s soccer team was held scoreless against Fort Hays State in a 3-0 loss.

The Tigers were the first to strike, as they reached the scoreboard 19 minutes into the first half. A free kick by Mallory Diederich sailed into the top right corner of the goal and was just out of the reach of LU goalie Melissa Weiss. Scoring her first goal of the season, Diederich made the score 1-0.

Already playing from behind, the Lions were dealt another setback as the first half approached its end. Junior Shannon Stewart midfielder was forced to the sidelines for the remained of the game after receiving a red card.

At the end of the first half the scored remained at 1-0 in favor of the Tigers.

The second half brought more troubles for the Lions, as they struggled to find a spark. The defense would allow the Tigers to tally 9 shots in the second half, two of which found the back of the net.

Playing at home again on Sunday, LU will head into another MIAA match up against University of Nebraska Kearney.