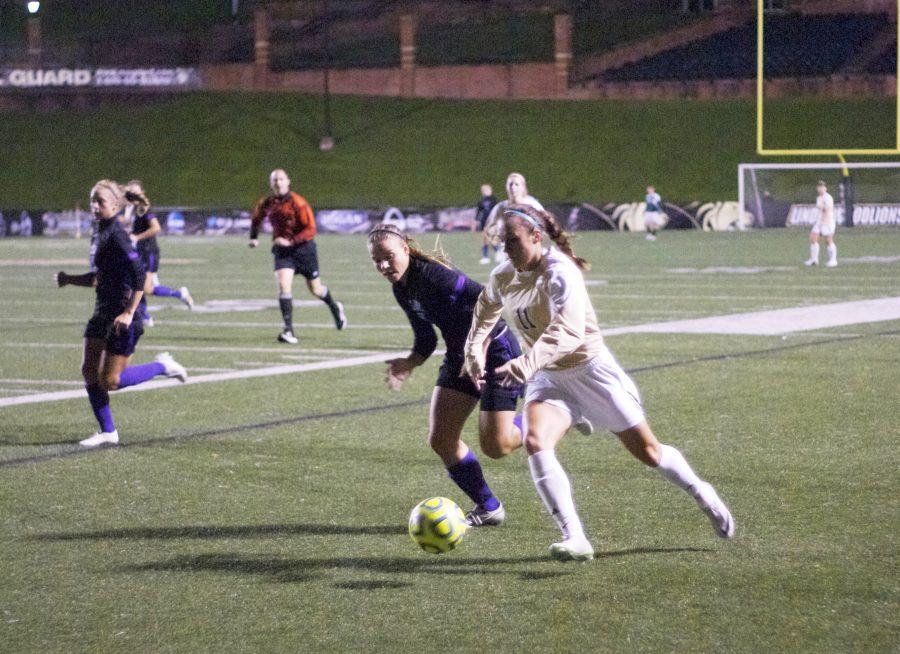 Making a statement right out of the gate, the Lions scored 13 seconds into the game. Taking advantage of a mistake by the Bearcats’ goalie Cheyenne Forshey, freshman Becky Roberts was able to score a wide open, unassisted goal to give her team the edge.

LU goalie Lauren Groathouse was quickly put to the test herself, as the Bearcats offense fell into a rhythm. After the team attempted several shots, one reached the back of the net off a header by freshman Whitney Snow. The goal was assisted by her fellow freshman, AC Pettit and evened the score at 1-1 with 38 minutes to go.

Throughout the remainder of the first half, the Lions struggled to take the ball off their side of the field. While the defense was able to hold the Bearcats attack in check, the effort would be cut short in the 36th minute when Snow scored yet again. Her goal sent the Bearcats into halftime with a 2-1 lead.

Looking to make a comeback, the Lions attempted to find the means to kick-start the offense but were limited to just two shots in the second half. The defense worked tirelessly to keep the chance to tie the game alive, but the attack of the visitors would prove once again to be too much for them to handle.

Junior Taylor Schmidt delivered the dagger for the Bearcats, taking advantage of a mishandled ball by Groathouse. With six minutes remaining in the game the deficit moved to 3-1, delivering a fatal blow to the LU comeback effort.

Adding the loss to their record, the team now drops to 4-5-2 overall and 3-3-1 in conference. The Lions will conclude a four game home stand against Missouri Southern State on Sunday.