LU presents the evolution of music through lip-sync 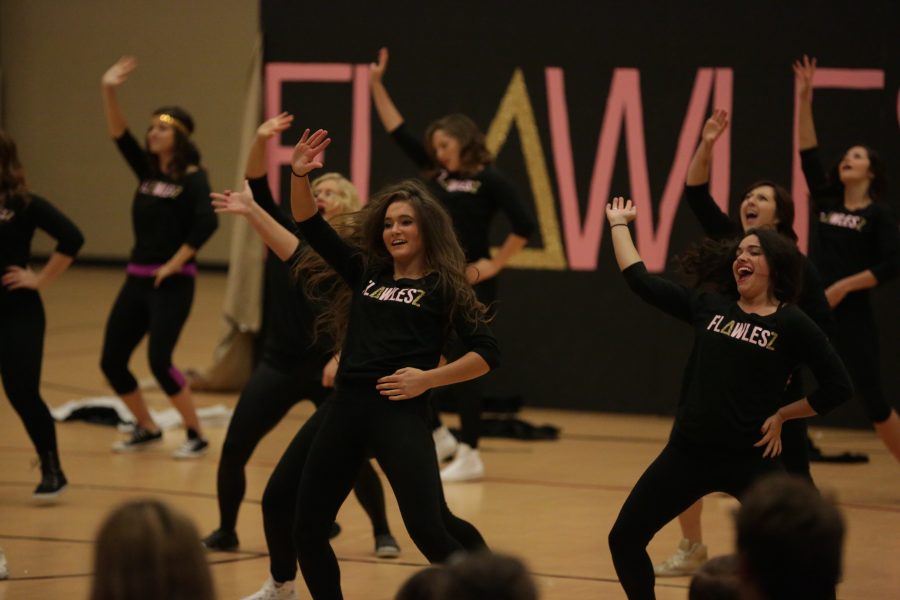 Contest winners the Delta Zetas took the crowd through a musiclal journey from the days of “Grease” to when Beyonce was crowned “Queen B.”

Every year, Lindenwood puts on events for the students to get pumped up for the annual Homecoming dance. Judging from the crowd it draws, one of the most anticipated events is always the Lip Sync Dance Contest.

This year, 10 organizations competed by dancing and singing along to songs of their choice. Following the theme of “Lindenwood Through the Decades,” most groups had a mash up of songs that came out as early as the 1950s all the way to the present day. Ethan Miller, who represented both the LU Gay/Straight Alliance and the Student Ambassadors, stole the heart of every girl, and maybe a few boys, with his performances. “I love to do things like this,” Miller said while getting ready to perform, “It’s a good way to bring people together and have fun.”

Mikaela Carson showed up to watch her Tri-Sigma sisters perform. “It’s always really exciting to see the hard work and creativity that the groups put into their performances,” Carson said. The night began with the LU Resident Directors Association and ended with the Delta Sigma Pi/Delta Tau Delta group.

To no one’s surprise the Delta Zetas took first place with their lavish routine, including a section from “Burlesque.” Tri Sigma took a close second. Right behind them in third place was the LU Resident Directors Association. Each of these organizations won money and points for their organizations.