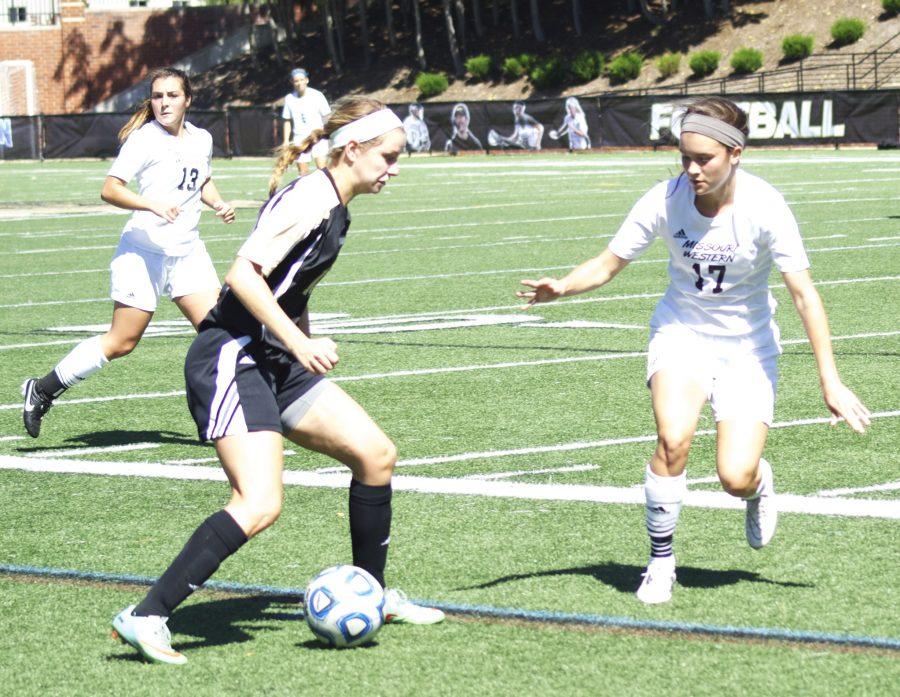 Coming off one of the toughest losses of the season, the Lions looked to pull things back together after being blown out, 4-1, by the University of Central Oklahoma on Oct. 19. With only four games remaining in the regular season, the match up against the Bearcats was a crucial as both conference teams make a final push to improve their records before the playoffs.

The entire first half was summed up by a back and forth battle on both sides of the ball. While the Lions outshot the Bearcats 6-2, they were unable to beat goalie Jill Kieffer who went on to make eight saves in the game. The teams headed into halftime in a scoreless tie.

Midway through the second half, Roberts finally broke the tie giving the Lions a 1-0 lead. Assisted by Miranda Huebner and Taylor Wade, she found the back of the net for her sixth goal of the season.

While Roberts was the only one who found the back of the net for the Lions, a win would not have been added to the team’s record if not for the play of Melissa Weiss in goal.

Posting her fourth shutout of the season, Weiss made a series of crucial saves to keep the Bearcats off the scoreboard.

Despite only recording three saves, Weiss’ performance was a complete turnaround from when she was pulled in the second half of the game against UCO having given up four goals. In the eyes of Weiss, Friday’s win was more than just redemption, but a much needed confidence booster for herself, along with her teammates as the team heads into it’s final games before the postseason.

“These next three games need to be wins for us,” Weiss said. “We need to focus and just play soccer the way we know how to.”

The Lions now hold an overall record of 6-6-3 and are 5-4-2 in conference. Playing in their fourth straight away game, the team will travel to St. Joseph to take on Missouri Western State on Sunday.