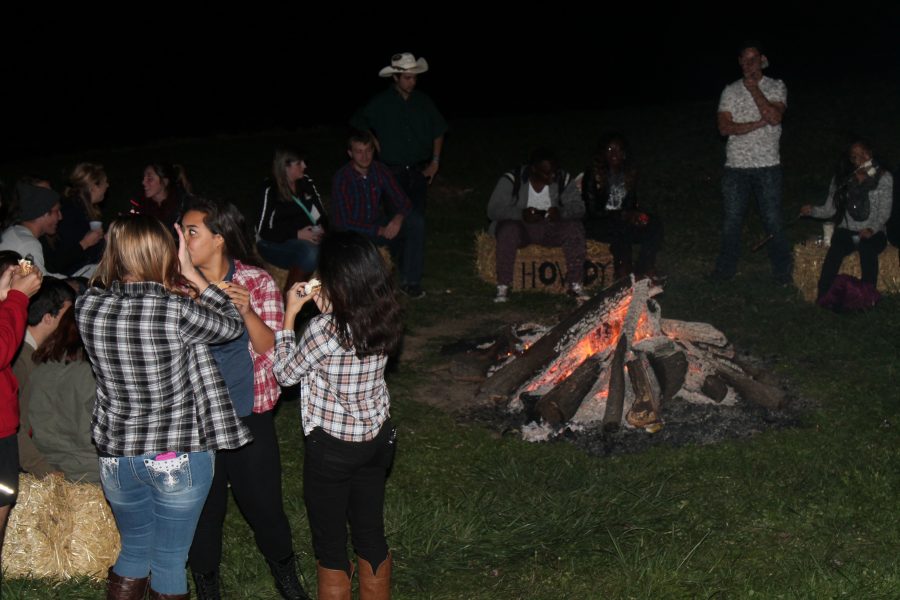 Pfremmer Pond was the site of a get-together known as the Hoedown Throwdown, which took place Monday,Oct 3, at 7 p.m. The event, which Night Events Programming Coordinator Amy Weigand said was named after a Miley Cyrus song, involved a group of approximately 50 people sitting around a bonfire, enjoying live country music, s’mores and even a mechanical bull, which unfortunately broke down early in the night.

“A lot of students come from all over Missouri and we brought them a piece of home,” said Weigand about the “country” theme of the night.