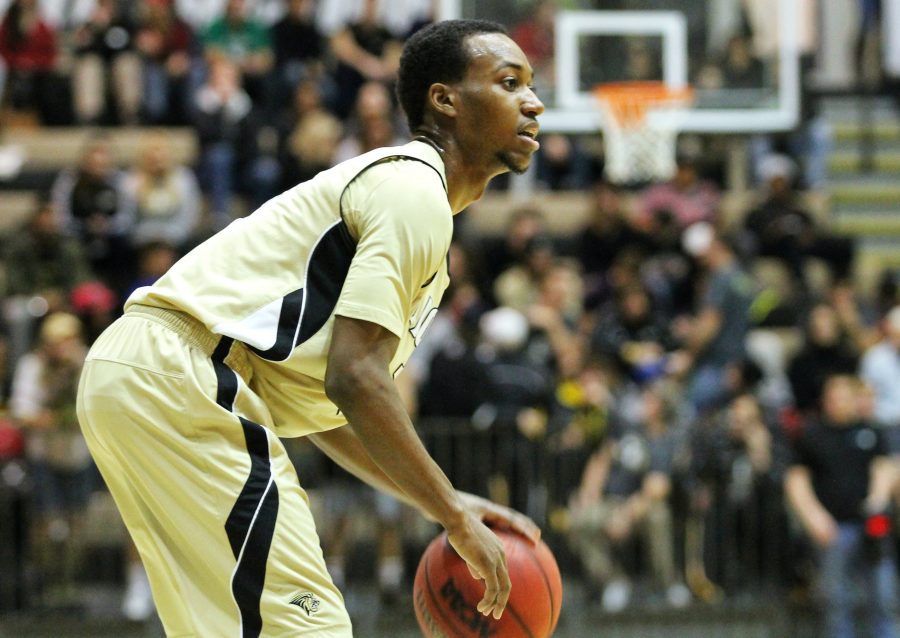 Being the point guard on the basketball court calls for great leadership and the ability to handle pressure; Darris Smith fits both of those characteristics with ease.

Smith is a senior now on the men’s basketball team, and he hopes to lead the Lions to a great season in his last year on the court. Smith has been making a positive impact on the team ever since he was a freshman in 2011.

As a freshman he appeared in all 30 games and averaged about 12 minutes per game.

As a sophomore Smith stepped up for the team, starting 16 games and playing in 26 of them while he averaged 25 minutes per game and 7.7 points per game.

Last year was Smith’s most successful season, as he started all 30 games and lead the team with 15.4 points per game. For his incredible season last year he was named to the Honorable Mention All-MIAA team.

With these seasons behind him, Smith is looking forward to seeing what the team can accomplish this season.

Some of Smith’s goals for this season are “to become a great leader and make first-team all-conference.” As for the team, he said he wants the Lions “to win our conference, win the MIAA tournament and make it too the national tournament.”

A key ingredient for this success that the team plans on having this year is some of the new players the team acquired during the offseason.

Smith said, “four out of the seven new faces on the team are division-one transfers, which adds a different kind of experience we did not have last year,” and that he believes they will help the team a lot this year.

With such an experienced basketball career, it is hard for Smith to pick out his favorite moments from before he came to college, but he did say he is proud of his high school achievements at Hazelwood West High School. These include being the all-time leader in points scored and in the most three pointers made. Even when he was setting these records in high school, Smith said that he knew he always wanted to play basketball in college. Simply put, “I loved the sport since I was a little kid.”

Playing ball for so long has taught Smith that nothing in life comes easy and that hard work always precedes success.