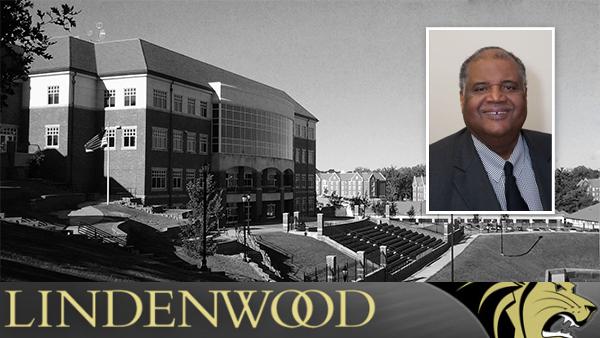 Despite that Rice just had had surgery, he made his way to the podium and opened the speaker with an anecdote that made everybody laugh. “I am going to say to you, just as Marilyn Monroe said to her fifth husband, I’m not going to keep you long.”

Rice is a well-known community leader with extensive experience in ministry, Christian education, and administration. In addition, Rice has served in a variety of leadership capacities. The topic of this speaker was Rice’s perspective as well as his beliefs and understanding of the issue in North St. Louis County.

Asst. Dean for the Department of Educational Leadership and School Administration, Dr. Terry Stewart, introduced Mr. Rice. “What can leadership do for this issue? Leadership is the willingness to listen to different perspectives and we are here today to listen to Rice’s”.

Rice discussed the issue of North St. Louis County as it affects local communities, schools, educators as well as Lindenwood University. These issues, though, occurred before the Ferguson situation and Rice emphasized this. “North County has been struggling before Ferguson came along”.

One of the biggest issues is the housing value that begins to fall. Houses are sold for less and less money, which drives the price down in the communities. The tax base of the houses affects the school, which means less housing value less quality of the school education system. This problem will result in no working of the school system.

Rice explained how the property taxes have been falling since 2008. Hazelwood has for example lost 11% of its revenue and 40,000 jobs disappeared and this is before Ferguson August 9th. The question here is that what happens when a neighborhood begins to change?

“My guess is that overall the community does what it can to get the things bounced back. It is going to take a lot of effort to make sure that North County does not sink”, Rice declares.

Furthermore, Rice thinks that the ideal of Ferguson has been mishandled. “There is a price to be paid and it is not just enough to say I am sorry that happened. I am not trying to advocating violence, but if we have to work together, there must be give an take for both sides”.

In addition, Rice believes that the problem could have been avoiding if they had listened to the communities.