McClellan to speak at December graduation 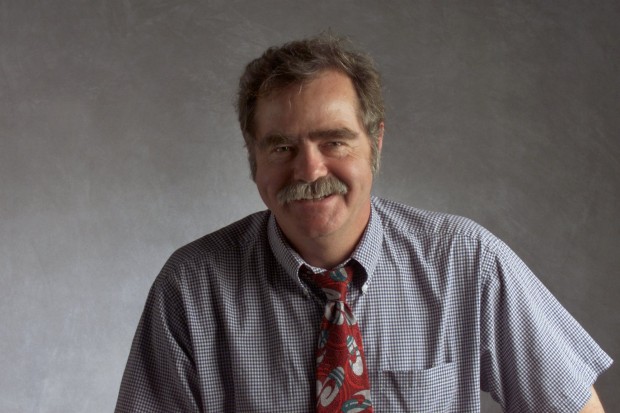 Columnist Bill McClellan said the first thing he learned out of school was to divorce himself from his ego. “I’d say the most important thing you learn, in journalism at least, is that you can’t let your ego get tied in too much with your writing,” he said. McClellan said that is one of the hardest things for young journalists. They are afraid if someone doesn’t like their writing, it’s a reflection on them, but they lose that almost immediately.

“The only thing that threw me through a loop at the very beginning was I expected more feedback,” he said. “No one was grading you or no one felt necessary to give you any feedback.”
McClellan, who has worked on the St. Louis Post-Dispatch for 34 years, will be the keynote speaker at the Dec 7. commencement, which will start at 2 p.m. His speech is titled “Healthy Living and Other Tips.”

As of Nov. 14, McClellan had not written his commencement address, but said he got the idea from a previous conversation with St. Louis broadcaster Anne Keefe. “I said to her, ‘Anne, do you ever feel odd doing a show called Healthy Living when you yourself smoke cigarettes and drink whiskey?’ and she said, ‘Darlin’, it’s all genetics and attitude.’ Take genetics and turn it into luck and attitude, and that’s really what it seems like life is.”

McClellan said he often thinks about how fortunate he is to have stumbled upon journalism. “It was clear that there was nothing I was cut out for but the school paper. I did fine on that, I liked it and it was fun, and then to my immense joy, when I got out of school and got on the paper in Phoenix, I realized that working on a normal paper, or a grown-up paper whatever you want to call it, is very much the same as working on a college paper. There’s not much difference. You don’t get graded, but every couple weeks you get a paycheck.”

After flunking out of the University of Illinois in Champaign and spending some time in the Marines, McClellan attended the Arizona State and worked freelance for a daily paper in Phoenix. One of the editors told McClellan the paper would hire him when he finished school. “So I adopted a class, and that was the class of ‘75, I think, and when they were done, I went down to the paper and said, ‘Done.’ I had put in three years at Arizona State and I put in a couple at Illinois, so I thought that’s sufficient, probably.” His then-girlfriend Mary attended Washington University’s School of Dental Medicine and McClellan followed her to St. Louis. He spent some time on the Post-Dispatch’s calendar section, then close to two years on the city desk before he began writing his column in 1983. “A lot of what I do isn’t really normal column writing. A lot of column writers are very heavy in opinion. They’re political writers and they have points to be made, an ideology they’re looking at, and most of what I do is storytelling. That’s what I enjoy.”

In January 1987, the local debate and discussion show Donnybrook went on the air. Martin Duggan, the show’s creator, picked McClellan to appear on the show. McClellan shot the show in a shirt and tie, but was told he would need a sports jacket for the remaining six shows. “At the time, I didn’t have a jacket, and I thought to myself, ‘Do I really want to buy a jacket for a show that’s going to last six weeks?’” he said. “So here it is, like 27 years later, 28 years later, and I’m on my third sports jacket.”