Assisted living facility may be in the works 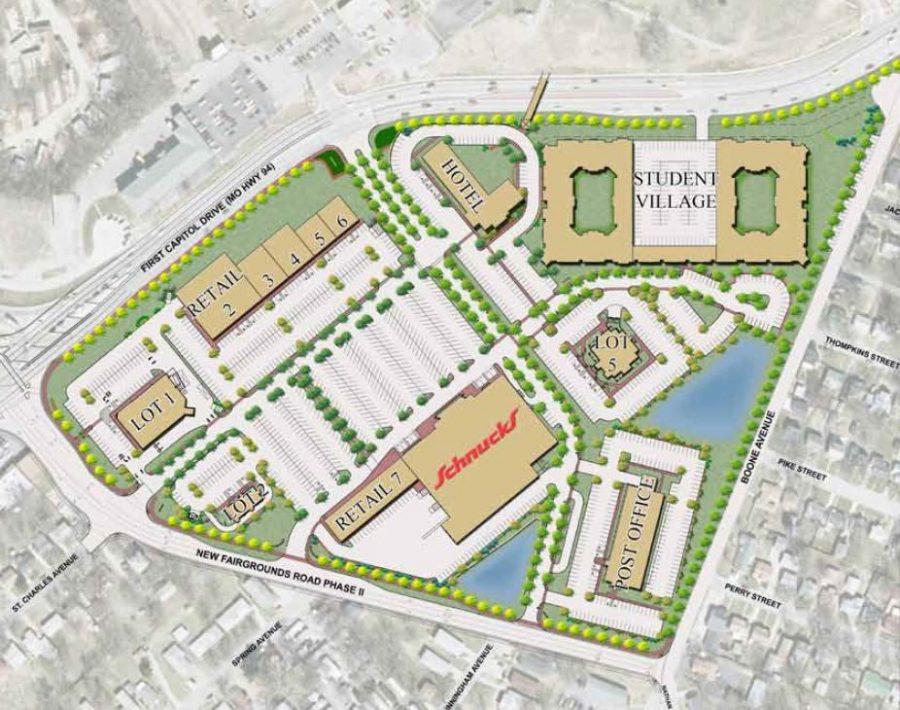 graphic from nextstl.com The original layout plan for the University Commons; the assisted-living facility is planned to take place of the "Student Village"

In late October, the St. Louis Post-Dispatch reported plans between Lindenwood University and Cedarhurst of St. Charles Real Estate to build a $16 million, 89,000-square-foot, 99-bed assisted-living facility. A quarter of the beds would cater to “seniors with Alzheimer’s or other forms of dementia.” According to the application, the new facility would also serve as a “place for students to gain more industry experience,” most likely referring to the students enrolled in the nursing program at LU.

The new assisted-living facility is still waiting approval from the Missouri Health Facilities Review Committee. They proposed to gain Lindenwood’s approval of the architectural plan by February 2015 and to be fully operational by September 2016.

The facility would be located near the new Schnucks at the Lindenwood University Commons. LU owns the 28-acre plot of land, but leases it to DESCO Group.

When the land was initially being developed Lindenwood spokespeople reported possible projects to include apartment-style student housing, a hotel, restaurants, retail stores and a sky-bridge to connect the Commons with the campus.

President Evans wrote in a letter of support, “Through Lindenwood’s collaboration with Cedarhurst, our students will learn about the reality of an aging population, be equipped with the skills necessary for careers in the growing sector of the economy related to caring for seniors and persons with memory related illnesses and be encouraged to delve into academic areas that might be of interest to them in this area.”

A representative of LU’s Executive Offices confirmed that although the University is “in talks” about building the home across the street, nothing is “set in stone.”

The facility is perfectly positioned to cater to Lindenwood alumni. Special discounts to LU alumni are expected.