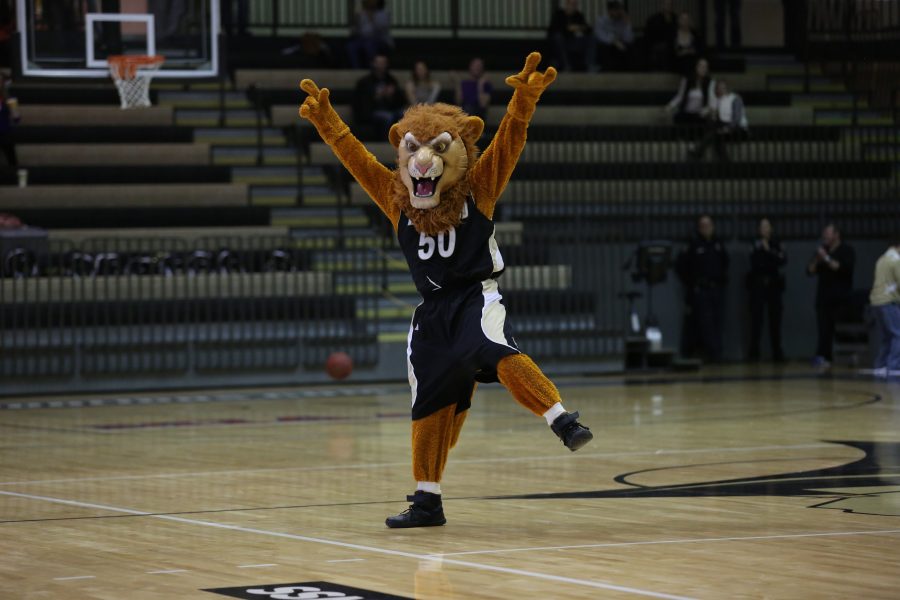 Lindenwood's mascot, Leo the lion celebrates after making a shot during halftime at the Jan. 15 game.

After a 63-58 win over Missouri Southern State on Jan. 15, the men’s basketball team broke the school record for consecutive wins since joining the NCAA.

Tallying a sixth straight win, the Lions have surpassed the previous school record of a five-game winning streak, which was posted during the 2012-13 season. The streak was part of the team’s 19-7 overall record, including going 12-6 in conference during Lindenwood’s inaugural season in the NCAA’s MIAA conference.

Before making the switch to the MIAA, the Lions were a part of the NAIA, where the team held a reputation as a top contender in the HAAC conference. During the program’s time in the NAIA, the team posted a 12-game winning streak. Since making the transition to the NCAA, Lindenwood currently holds an overall record of 41-32 and a conference record of 24-21.

The record-breaking win was a hard fought battle between the two top-ranked MIAA teams, both looking to secure a spot at the MIAA tournament in Kansas City, Missouri. Spectators witnessed 10 ties and five different lead changes throughout the game, with the largest lead totaling seven points.

On Jan. 17, the streak was extended to seven consecutive games after a win over Robert Morris-Springfield. The 104-68 blowout wrapped up Lindenwood’s non-conference play for the season, earning them a 5-4 record outside the MIAA.