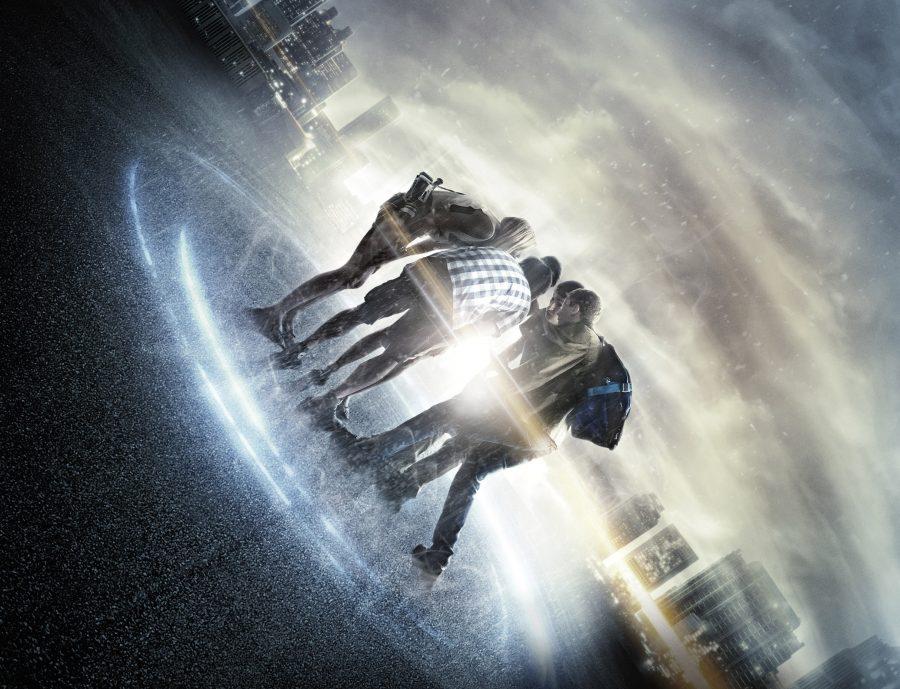 Ask the cast of Paramount’s “Project Almanac” what they would do if they possessed the homemade time travel device in the film and they reply with a variety of answers.

Ginny Gardner, who plays Christina, chooses the “not very exciting” option of winning the lottery, which Sam Lerner, who stars as Quinn, agrees to, adding that he would also use it to beat Kobe Bryant’s 81-point basketball score in 2006. Allen Evangelista, who plays Adam, has the unique choice to visit every concert he ever wanted to attend multiple times.

However, the most bizarre answer comes from Jonny Weston, who plays the central character David Raskin:  “Man, I would be completely selfish and I would go back and grab a baby velociraptor and raise it myself.  I’m dead serious.”

The characters in Project Almanac, the PG-13 rated feature film debut from director Dean Israelite, use the time machine in the film for their own benefit, such as winning the lottery or winning the girl of David’s dreams, Jessie, played by Sofia Black D’Elia. But, with an apparent lack of acknowledgement for the cautionary messages in time travel films, such as the Ashton Kutcher-led “The Butterfly Effect” in 2003 or 2004’s low-budget mindbender “Primer,” the young travelers begin to lose control of their newfound ability when they alter history with disastrous results. Yet, what makes the film unique from other time travel films is its found footage-style of storytelling, which has made it a subject of comparison to “Chronicle,” another sci-fi, found footage style “after school special” of a film, which received critical and commercial acclaim in 2012.

“We never tried to pretend like we’re the first time travel movie that’s ever been made,” says D’Elia, about the film’s comparisons to other films with the classic time travel theme. “And I think what we have been smart about is to acknowledge the past behind us and embrace it and use it as a positive in our film because I think it is a great genre.”

The actress also comments on the difference in tone that separates the film from “Chronicle” and others of the like: “‘Project Almanac’ is kind of a fun ride for the most part, and it’s [about] a great group of friends… I think we all wanted to make a very realistic look at teenage love stories and friendship.”

The actors also lauded at the opportunity to work with Michael Bay, who signed on as one of the film’s producers.

“The thing with Michael Bay is that he’s kind of like a father,” Weston comments, seeming especially admirable of the man behind the “Transformers” franchise. “When you know that someone like that is watching over, and watching every single cut after the day it’s been filmed is that… you know? You know, you’re just comforted that you know this film isn’t going to turn out crappy.”

Gardner adds, “Michael makes some really incredible films. So, having his support on our movie really means a lot to us. So, I think we all knew that it was going to be a really special movie because he was involved.”

The film was originally set to come out almost a year earlier under the title “Welcome to Yesterday,” but was delayed to give Bay time to make his own editing decisions.

“It became a lot better than they intended,” says Weston about the film’s process during the delay. “So, they basically pushed it back so they had time to build [a larger] campaign. Knowing that they were [delaying] it in order to create a proper campaign and release it in another format, yes, it was like an incredible feeling.”

“We’re all just so happy that now it’s finally happening,” says Lerner of the film’s release this week. “And now people are starting to get excited and we are excited too.”

Look for Devin King’s review of “Project Almanac” on Lindenlink when the film is released in theatres everywhere on Friday, January 30.

Tween to @Lindenlink with the hashtag #TakeMeBackInTime for a chance  to win free passes to an advanced screening of the film showing this Wednesday night.