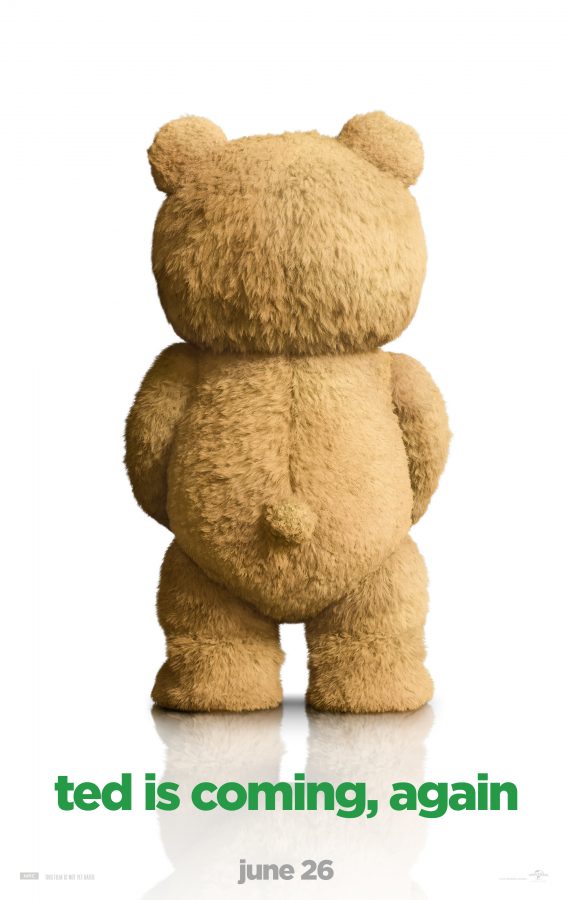 America’s favorite foul-mouthed teddy bear, voiced by Seth MacFarlane, is returning to the big screen this sumer in “Ted 2.”

The trailer to the sequel to MacFarlane’s hit feature film debut in 2012 was leaked today, opening with Ted’s marriage to his human girlfriend Tami-Lynn (Jessica Barth). The trailer then cuts to Ted announcing to his man-child best friend John Bennett (Mark Wahlberg, reprsing his role) that he and Tami-Lynn are thinking of having children. Unfortunately, since Ted is not “equipped” witht the ability to produce offspring, he asks John to be his donor.But when Ted is not recognized as elligible to be a parent, he must prove his humanity in court. Thus, he hires a lawyer named Samantha L. Jackson (played by Amanda Seyfriend, taking place of the female lead role held by Mila Kunis in the first film).

The trailer features a few extra familiar faces, including Sam Jones (famous for 1980’s Flash Gordon who made a memorable cameo in the original “Ted”) and a new addition to the cast that is sure to make people leap out of their seats. Guess who I am referring to by watching the trailer here.