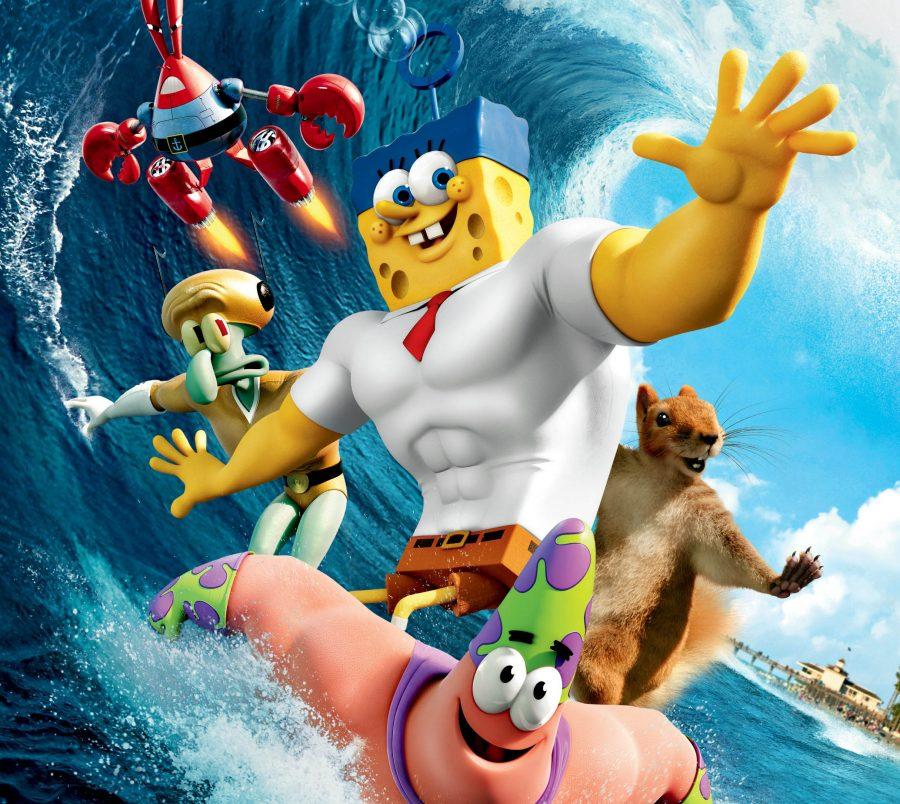 “The SpongeBob SquarePants Movie,” the 2004 film adaptation of the popular “Nicktoon,” was a hilarious and heartfelt entry in the beloved SpongeBob franchise. Sadly, the movie marked the departure of the TV show’s creative director and developer Derek Drymon, who would go on to produce “Adventure Time!,” and the demotion of the show’s creator and show runner Stephen Hillenberg, to producer. After Drymon and Hillenberg left, the show took a noticeable decline in writing quality.

Luckily, “The SpongeBob Movie: Sponge Out of Water” fixes a lot of issues the show has had with great comedic writing, a touching story and fantastic 2D animation.

Even though the movie is partially designed for children that have never seen the show, the movie sports the crude humor the franchise is known for and has enough throw-backs peppered in to keep long-time series fans happy. There is a healthy amount of laugh-out-loud jokes that make the movie an enjoyable one, but an overuse of bathroom humor sours some scenes.

SpongeBob’s 2D animated scenes have become absolutely gorgeous with the advancement in technology, and the various places SpongeBob and company visit are used as a way to showcase this. Unfortunately, the 3D scenes that involve CGI and live-action don’t hold a candle to the 2D ones in terms of writing and visual quality. Fortunately, there are far more 2D scenes than 3D ones.

Interestingly enough, “Sponge Out of Water” is accompanied by a great soundtrack that uses a wide variety of different music styles, most notably a score by John Debney (Doctor Who, Iron Man 2) and songs by N.E.R.D.

Even with unnecessary bathroom humor and lackluster 3D scenes, “Sponge Out of Water” is a great animated film and 2015’s first good comedy; though it doesn’t quite reach the heights of its predecessor.

Watch Devin’s video review of “The SpongeBob Movie: Sponge Out of Water” here.