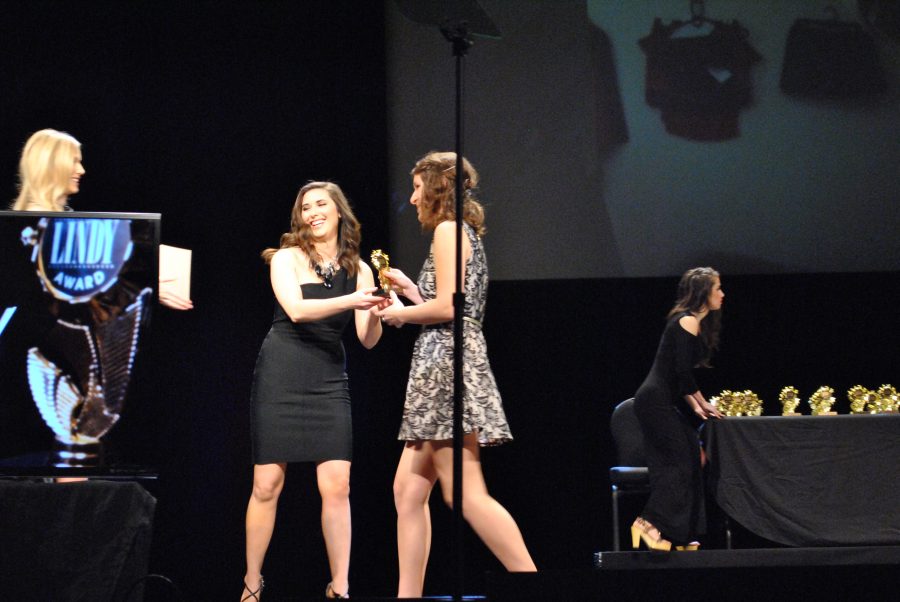 “This is a great opportunity to show other people all your hard work,” Promotions Coordinator Ashley Hays said.
On March 25, the 10th annual Lindy award show will take place in the Lindenwood Theatre. At 7 p.m., the show will begin.
“If your major includes any type of Communications,” Hays said, “this is the show for you.”
This year, there are 61 categories available for college students, faculty and high school students. It ranges from Best Music Video to Best Visual: Logo.
Entries are submitted with the printed form under “Where can I submit?” or through the website, in addition to submitting a CD, flashdrive or link for website submissions to Peter Carlos at LUTV.
Every submission needs a separately printed form.
“All of these submissions are sent to professionals in the field,” said Carlos, executive producer for the Lindys.
The professionals in the appropriate fields send back the winners, which are announced live at the show.
“This is something great to put on a resume,” Hays said.
Hays also says that it is important to show up to obtain your trophy and certificate.
“This is the way to find out if you won an award or not, so you need to show up,” Hays said.
Winners are encouraged to make a small speech when accepting their award.
While students and faculty are submitting pieces created after March 1, 2014, there are two classes that spend two months preparing and creating the show.
The Applied TV Production class will direct the show and stream it live on LUTV.

Those 14 to 15 students will produce the show and write the script according to Carlos.
“They are in charge,” said Carlos.
While there will be a few student producers, they have not been named yet.
This year is a special year for the Lindys, because it is the 10th annual show.
Carlos has been involved with the Lindys every year.
The formal awards ceremony is free to everyone, and there is no dress code.
There is more information in the display case outside the cafeteria in the Spellmann Center.
To submit an entry, click here.
Submissions are due by Feb. 27.
“This is a night to honor students and to show off their work,” Carlos said, “It’s a special night for them.”