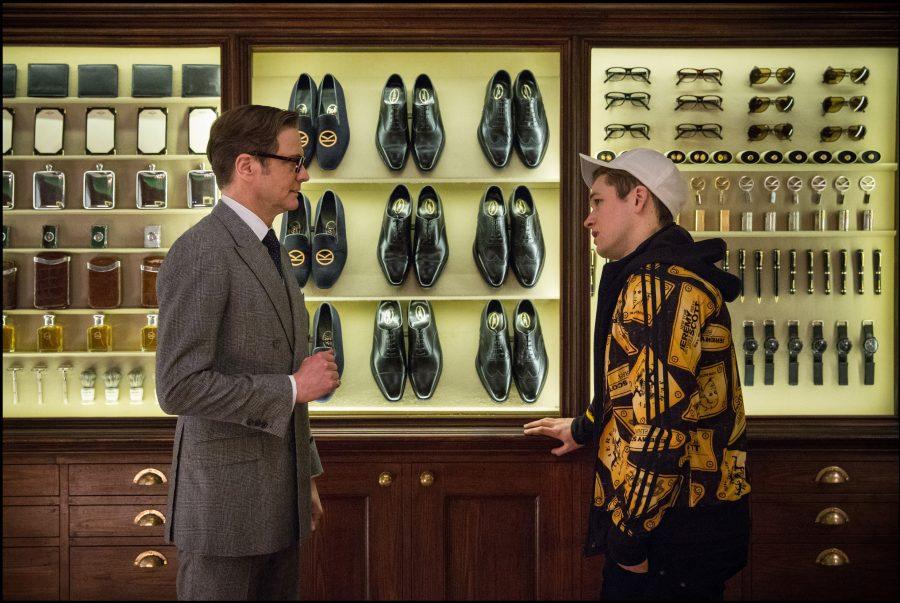 “A suit is a modern piece of gentlemen’s armor,” is the motto of the elegant and deadly Kingsman and just about sums up everything they stand for.

Co-writer and director Matthew Vaughn’s “Kingsman: The Secret Service” is a hard R-rated, action-packed roller-coaster of emotions that is 2015’s first must-see movie.

Based on the 2012 comic book series “The Secret Service,” the central character of “Kingsman” is Gary “Eggsy” Unwin (Taron Egerton), a troubled young man who suddenly finds himself associated with the titular British spy agency. The Kingsmen dedicate their lives to protecting the innocent with an overwhelming arsenal of weaponry and brilliant fighting techniques while remaining in the shadows of the public at all times, but with as much class as possible.

With incredible world-building and great pacing, “Kingsman” does so much in its 129-minute runtime that it feels as if you have just powered through your favorite season of a 1970s spy show. The story is incredibly enjoyable and interesting and is as stylish as it could possibly be. “Kingsman” feels like a lovechild between Quentin Tarantino and Edgar Wright with its crazy action and ridiculous, yet stupidly fun, plot.

“Kingsman” is not afraid to make you laugh out loud one minute, and make your heart sink the next, while still remaining cohesive.

The cast is solid all around. Egerton and Colin Firth, as veteran Kingsman Harry Hart, are both excellent, yet very different protagonists, and Samuel L. Jackson and Sofia Boutella are real scene-stealers as the main antagonists. Oddly enough, the multiple centerpiece shots and nods to Stanley Kubrick complement the movie’s unique visual style.

“Kingsman” may be slightly formulaic, but there is so much to enjoy with its self-poking humor and magnificent world-building.