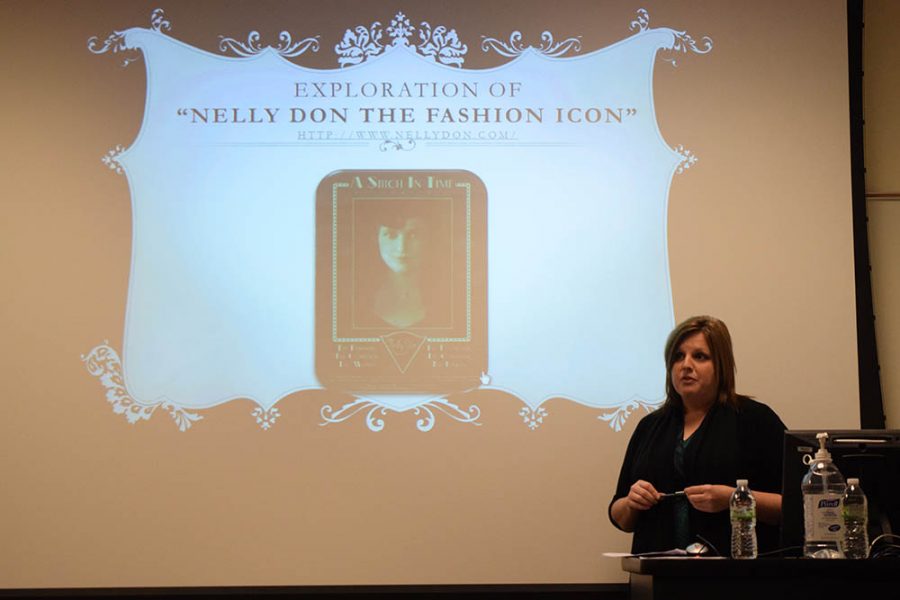 The Fashion Department paid tribute to Lindenwood alumna, Nelly Don, who paved the way for fashion in the 1920s.

The event started with a short presentation from Elizabeth King, director of alumni at Lindenwood.

King stated that, “It was through the help of Nel that helped keep our education moving in the same way it is now.”

“Nelly Don was getting frustrated with the fashion of the time, so she began to design without patterns, allowing for more creativity in her designs,” Jones said.

The event was created as a way to overview the work and dedication of Nelly Don, who worked hard in a time where women were not supposed to work outside of the home.