The sweetness of science 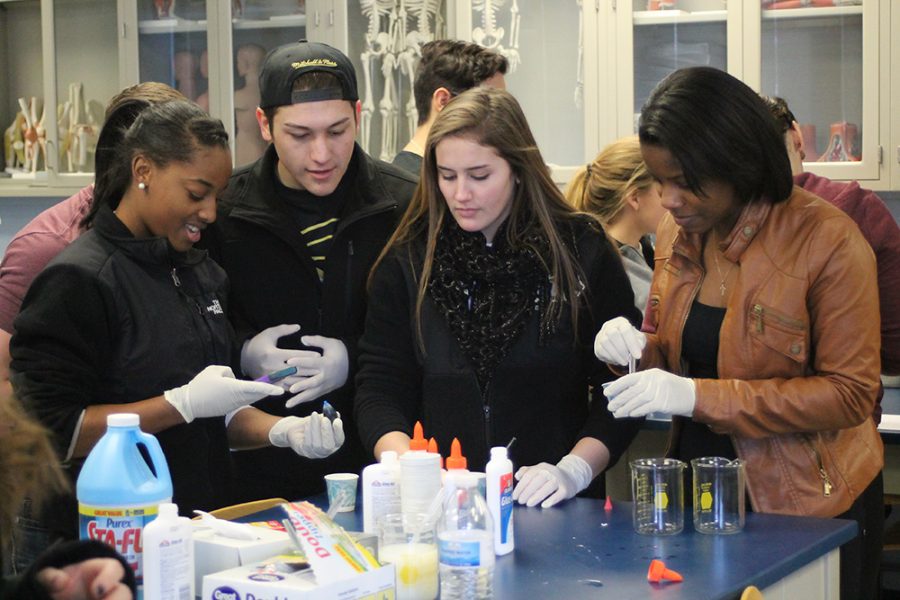 The Natural Science club showed LU students just how sweet science can be. During the club’s Sibley Day event called “Sweet and Science,” members showed the audience how to make silly putty and lava lamps and participate in hands-on experiments. They were offered cookies, brownies and other baked goods to snack on while doing their projects.

“Most people who are not in the science field think that science is intimidating or boring or nerdy,” said Public Relations Officer Angelika Trujillo. “We want to show students that science can be fun.”

Most members are students in the science department who often find themselves caught up in vigorous schedules and use the club as a time to relax. Although the majority of members are science students, the club is open to everyone.

President Pablo Molina said, “Science can be fun for everyone. The Natural Science club is a good place where people can learn and have fun.”

This is the first time the Natural Science Club has made an appearance on Sibley Day, but it’s not the first event they have held this year. They have held game nights, guest speakers and hope to host a camping trip this semester.

“We’re just a group of students who help each other out and want to contribute to each other’s successes,” said Trujillo. “Science is a part of everyday life. We want people to come to more of our events and have a good time.”