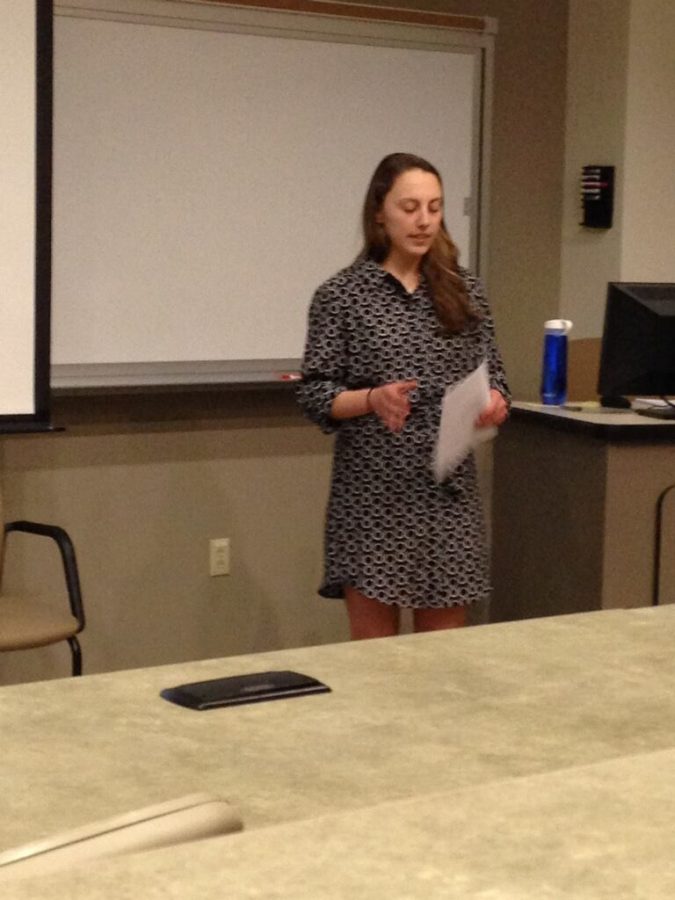 During the later part of Sibley Day, history majors presented papers during the Undergraduate History Conference.

People and their Places was the theme for the papers.

Michelle Kuykendall wrote a paper about prostitution in Calvinist Geneva. She spoke of sin and society.

“Providing prostitutes ensured the return of the merchants,” said Kuykendall.

She also spoke of new laws and reform during this historical time. Another topic covered included what happened to the women after the reform took place, having a moral obligation to cut ties with old ways. Marriage and divorce was the final topic she spoke of in her essay.

Sarah Hinds wrote an essay about catholic response to anti-Catholicism. She spoke of the second grade awakening in nineteenth century Saint Louis. She focused on immigration of Irish and German decedents.

She mentioned that the native people wanted Catholics out of politics. This was also noted by speaking of religion and public lectures.

Sam Johnson wrote about early Saint Louis city planning in the twentieth century. She spoke of city organizations and issues. She also spoke of different movements and reconstruction. She mentioned the adaption of Forrest Park and the World’s Fair.

Each students essay was chosen by the history professors.