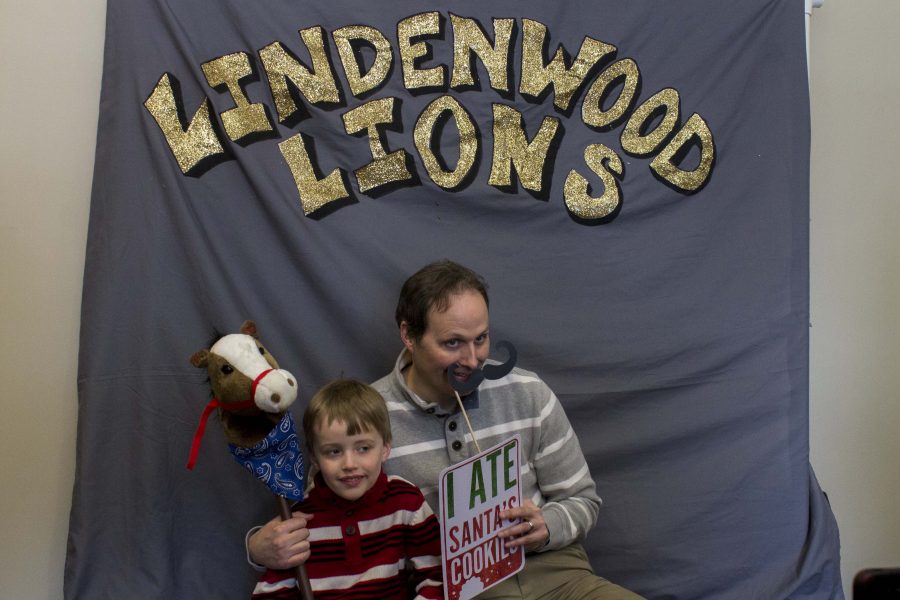 The Tri Sigmas got to make their mark on Sibley Day 2015 in the Evans Multipurpose Group Dinning Hall from 11 a.m. to 1 p.m. with paint, glitter and silly hats.

Tables were covered in colorful glitter and creations as attendees painted provided wooden picture frames. Sigmas encouraged their fellow students to take their creations with them, and provided the opportunity to get a picture for that Sibley Day 2015 frame. Student and Tri Sigma Mikaela Carson said she had fun with the many props provided to take pictures with in a make-shift photo booth set up and created by the group.

“I love having a photo booth because it gives people a chance to show their personality,” she said.

The president of the Lindenwood chapter of the sorority said she planned this event “to provide an opportunity for students to capture their friendships, their memories that they have made here at [Lindenwood]…to make a memory, so, 20 years down the road they’ll remember what they were doing on Sibley Day 2015.”