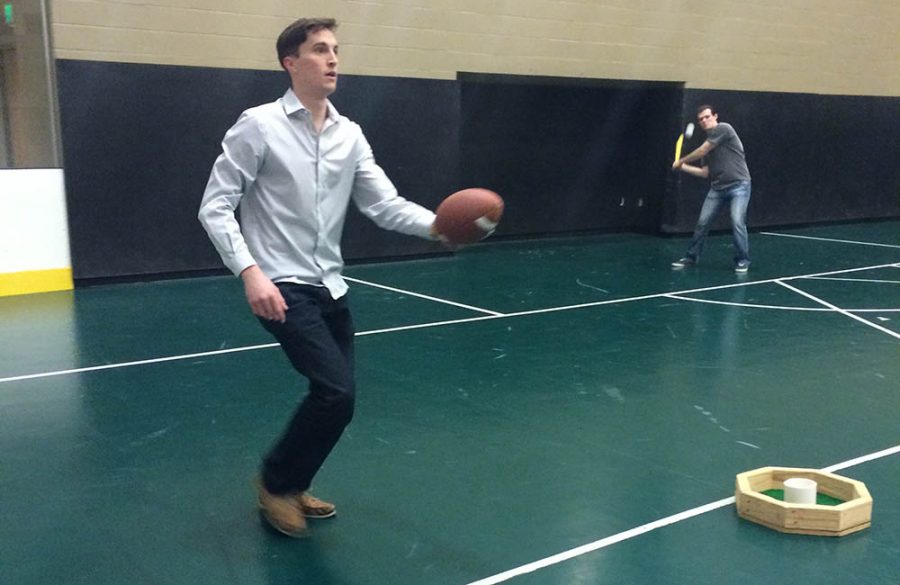 The Phi Lambda Phi fraternity rounded out day with an afternoon of games and camaraderie.

“We really just wanted people to get involved with greek life and see what our brotherhood is all about”, he said.

“So many people on campus are confused about our intentions, and we figured this would be a great, relaxed way to clear the air.”

The event consisted of a variety of games including football, washers, kickball, and one game that Peanick swears is the greatest yard game of all.

“We call it the can game”, said Peanick.

“All you need is a 5-gallon bucket with a slit in the front, some frisbees, and a fun group of friends.”

“Throw the frisbee in, thats three points. If your teammate knocks it in, you get one point.”

“I was working out in the gym and saw the guys hosting the event,” said Waller.

“I love my fellow greeks and am always up to support them.”

“At Lindenwood we’re all about support and coming together to get non-greeks interested in our orgs and causes”, said Byrd.

“And plus, when I heard the Phi Lambs were hosting yard games I could’ve cried. I mean, what’s better than a day off school and yard games all in one,” he said with a smirk.