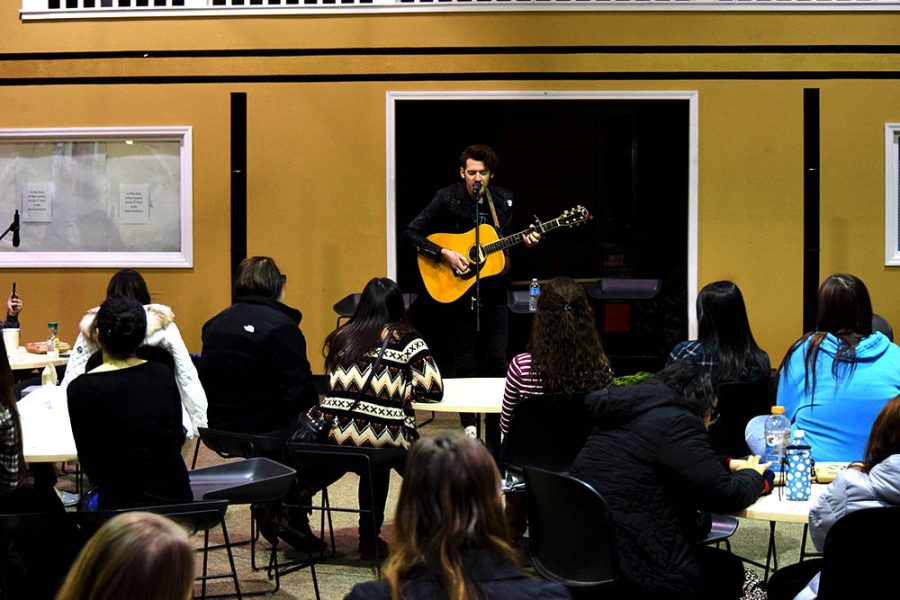 CAB organized “An Evening with Nick Santino,” LU’s first concert of the new year, on Thursday, February 19. Santino, former member of the group A Rocket to the Moon played an acoustic set at Butler Loft with opening act The Weekend Routine, a local band featuring LU student Alex Foley, a junior, on guitar.

Due to technical issues, the event was pushed back one hour, beginning at 7 p.m. instead of 6. Approximately 40 students were entertained by The Weekend Routine’s soulful covers of popular songs. Santino began his set at 7:45 pm.  Besides his deep and meaningful lyrics, he would introduce his next songs with funny stories about his writing process.

“Most of my songs are pretty sad,” he said at moment. “Even my happy songs sound sad, so I’m really sorry about that.”

Santino left the stage at 8:45, but not without taking the time to sign autographs and take photos with fans.

“It was really nice to play in such an intimate atmosphere here at Lindenwood,” Santino recalled.