Magic (and doves) were in the air at Butler Loft 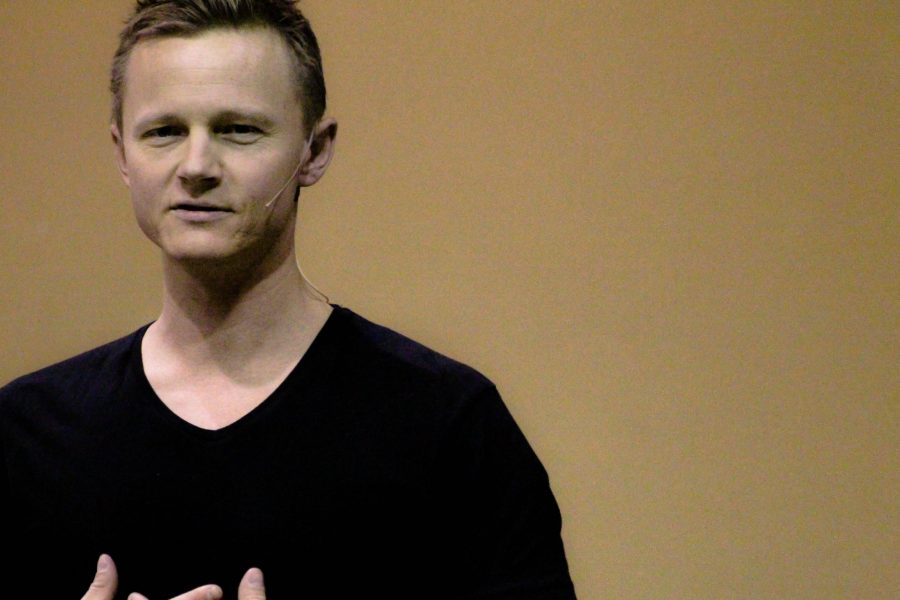 Feathers flew and fire burned as professional magician Joel Ward took the stage in Butler Loft on Monday, Feb 23. Along with his co-stars, a host of doves, Ward performed numerous magic tricks including various sleight of hand and mind reading. One such performance involved tossing a deck of cards at five random individuals in the room and having them pick their own cards. Once the deck was back in his hands he looked at the five people and called their cards out right from the top of his head, all of which were accurate.

Ward began following the science of magic and all its facets after begin given a sleight of hand trick book from his father one Christmas when he was six years old. Born in California, Ward has been performing magic shows since the age of ten and has since traveled around the world performing for a global audience, including televised platforms such as “The Tonight Show” and “Tosh.0.” In his teen years he became a world champion, placing first at the International Brotherhood of Magicians annual competition.

It did not take long for the charismatic Ward to have his audience captivated with his magic wiles. He also had a the audience in stitches through various jokes well tailored for the audience and current events, including mentioning the previous night’s Academy Awards ceremony as a nod to Ward’s close resemblance to Oscars host Neil Patrick Harris.

After the show when giving his dove co-stars a little more face time, all remaining people in the Loft were captivated as Ward’s blue dove took flight and enjoyed playing games of catch as Ward and audience members began tossing tennis balls near the bird to chase it down to ground level. Ward spent the rest of the after show enjoying taking pictures with audience members and the doves, as well as talking about himself or his co-stars.