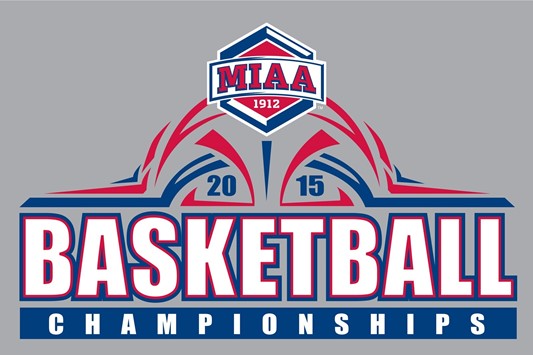 With the regular season reaching its end in the MIAA , the men’s and women’s basketball teams are battling in the postseason for the conference championships. 12 teams made it into each tournament with a seed based strictly upon conference records, but four have now been eliminated from each field. Below are the results from the first round, along with the updated men’s and women’s tournament brackets: 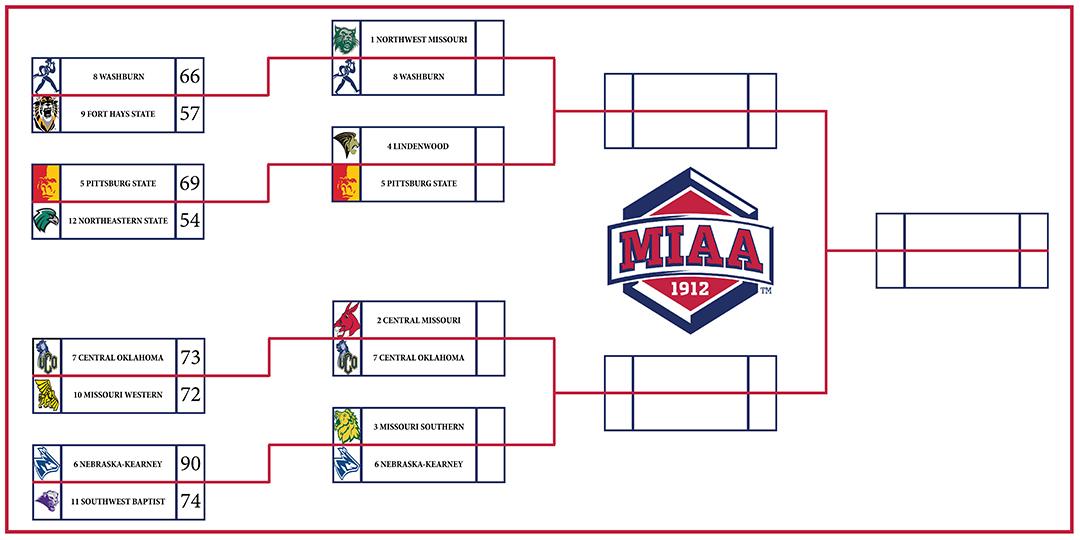 The men’s tournament tipped off with opening round action on Monday, March 2, 2014. First round games were held at the campuses of seeds 5 through 8. The winner of each contest advanced to the Municipal Auditorium in Kansas City, Missouri for the next round. Here are the results from the first four games: 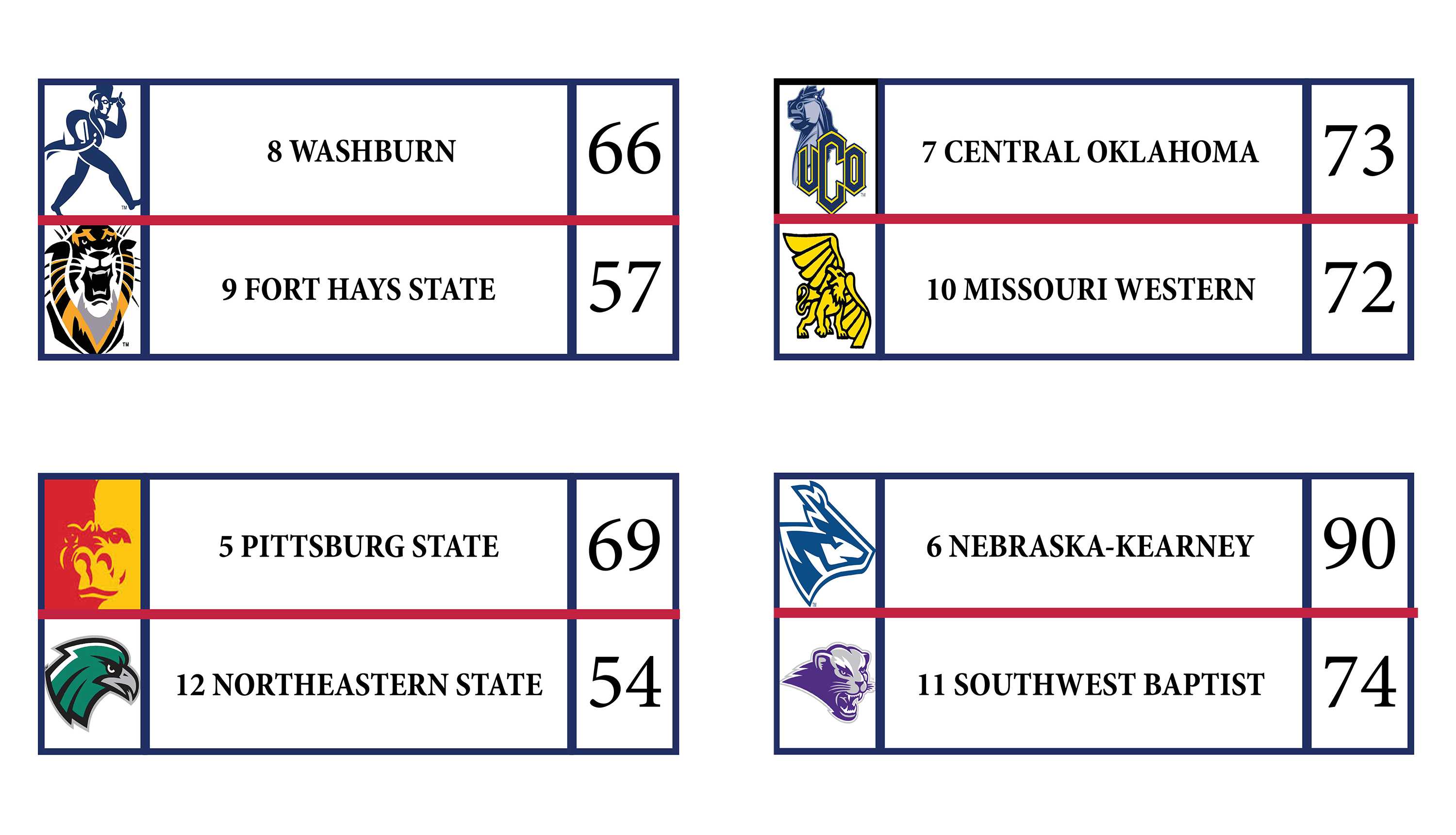 The second round begins on Thursday, March 5, 2015 in Kansas City, where the top-four seeds will begin their postseason campaigns. Northwest Missouri, Central Missouri and Missouri Southern have all earned a first-round bye in back-to-back conference tournaments.[event_blocks 129467] 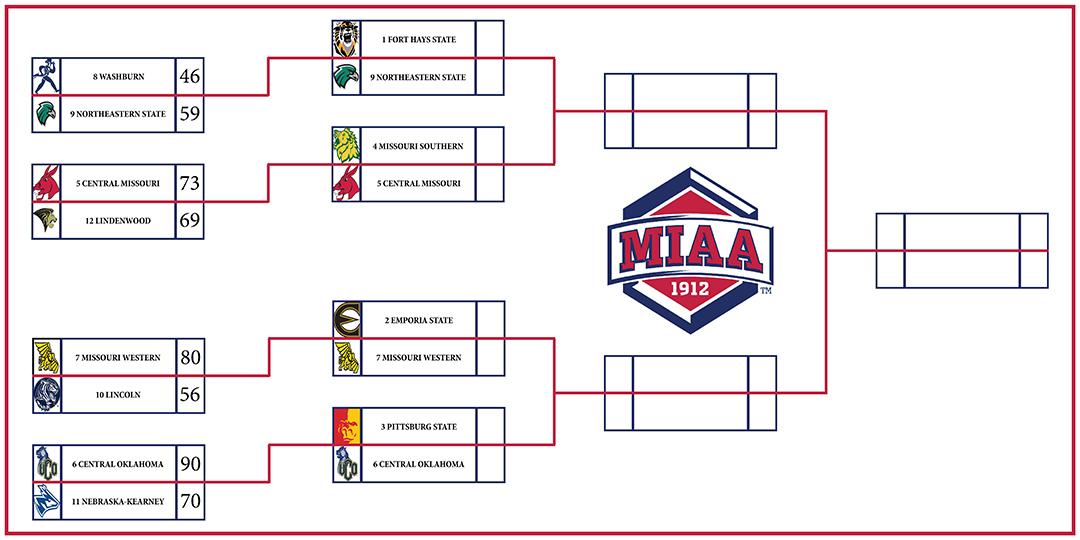 The women’s tournament began on Tuesday, March 3, 2015. Seeds 5 though 8 played host to determine which teams advanced to the Municipal Auditorium in Kansas City, Missouri. Here are the scores from the first round games: 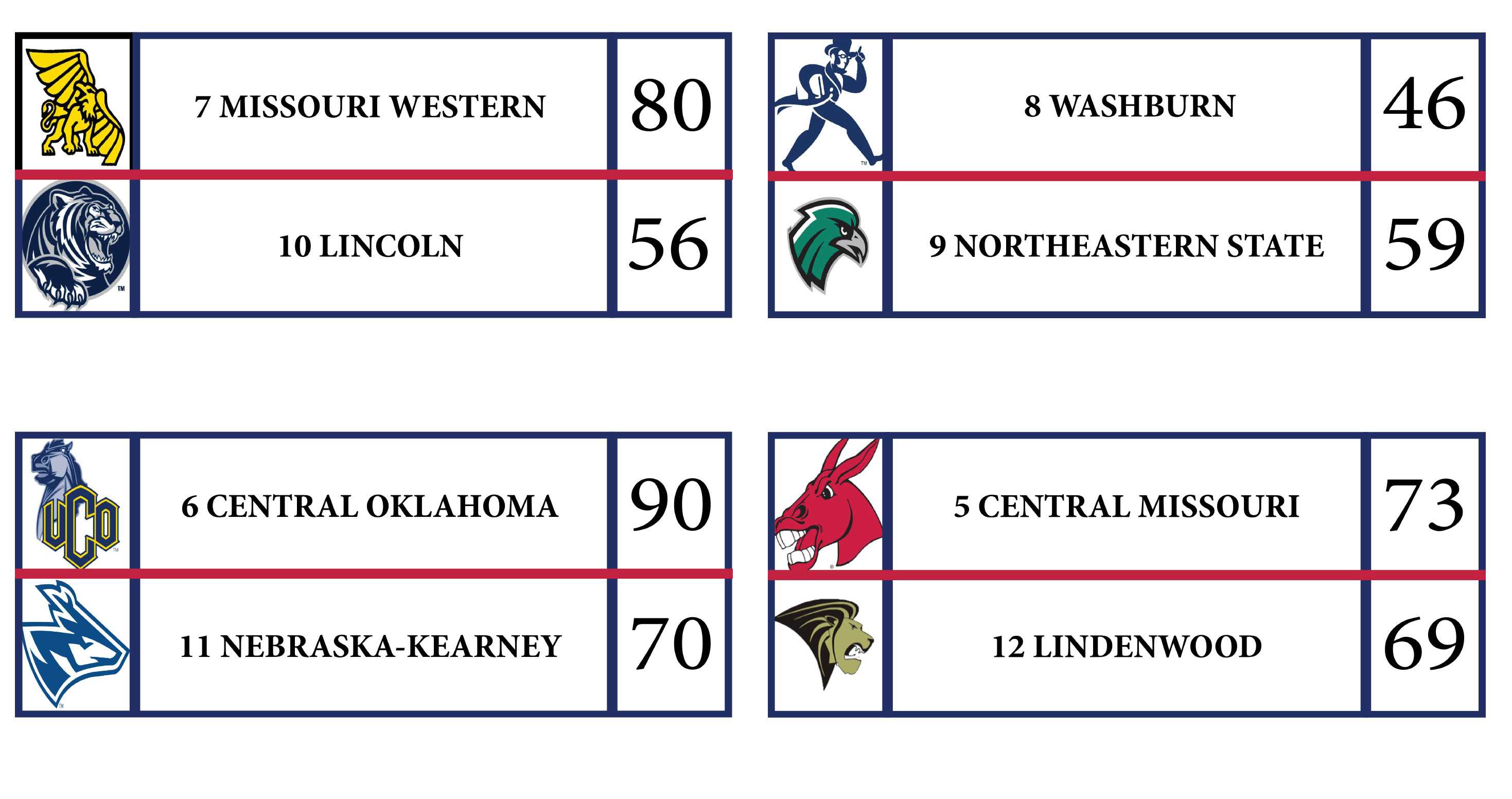 Second round action will commence on Friday, March 6, 2015 as the first round winners take on the top-four seeds. Emporia State, Pittsburg State and Missouri Southern sit in the top-four in back-to-back seasons. [event_blocks 129481]

Game results and updated brackets will be posted on the Lindenlink website and on twitter at @Lindenlink throughout the course of the tournament.