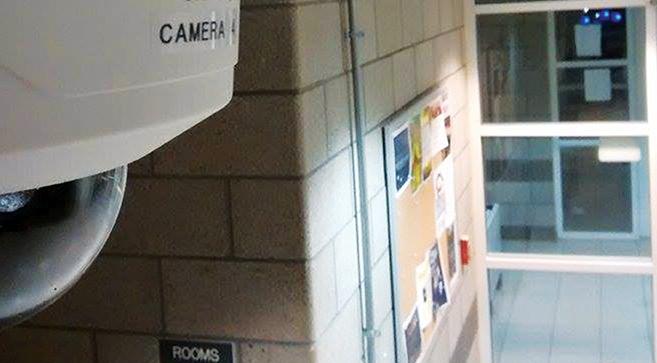 This past summer, it was decided that cameras would be placed in ten dorms throughout campus for security purposes.

“We were just looking at additional security measures that we have for the campus to ensure the safety of our students,” Director of Security John Bowman said.

“The cameras are reactive rather than preventative viewing, so to review an actual crime like theft, vandalism or pulling a fire alarm not for visitation abuse” he added.

The cameras will be able to look back as far as 30 days from when an incident occurred.

“Eventually, I believe all of the dorms will be getting them,” Bowman said, “but we have to do it in different phases.”

Phase one consists of installing cameras at the St. Charles location. However, the back ends reguarding the software of the cameras are not done yet, which is a lot more detailed.

“The back end is a lot more involved because it consists of some networking instruments, port allocation and lots and lots of hard drive space,” IT Coordinator Shawn Haghighi said.

Phase two is installing the cameras at the Belleville location.

Phase three will have all the hardware and cabling finished at the end of March.

Once these three phases are finished, then, they start over again and install the software of the cameras.

This is planned to begin around March of 2016, after funds have been set aside during the previous summer.

Funds are set aside in the budget for cameras and software updates.

“We usually like to keep them between three to five years,” Haghighi said, “unless they break, then we replace them.”

Every time that the manufacturer, Cisco, puts out an update, Lindenwood pays for that update.

Once installed, they will only be used to go back and watch an incident.

“They will just be facing the public entrances,not the individual student rooms,” Bowman said.

There are four cameras per dorm, two at the front and back entrances and two at each emergency exit.

The cameras will steer clear of any public places or hallways. Haghighi said he wants to make sure students understand the cameras are going to be focused on the doors only.

President James Evans said, “I did not authorize any cameras looking down the hallways. That would be a gross invasion of privacy.”