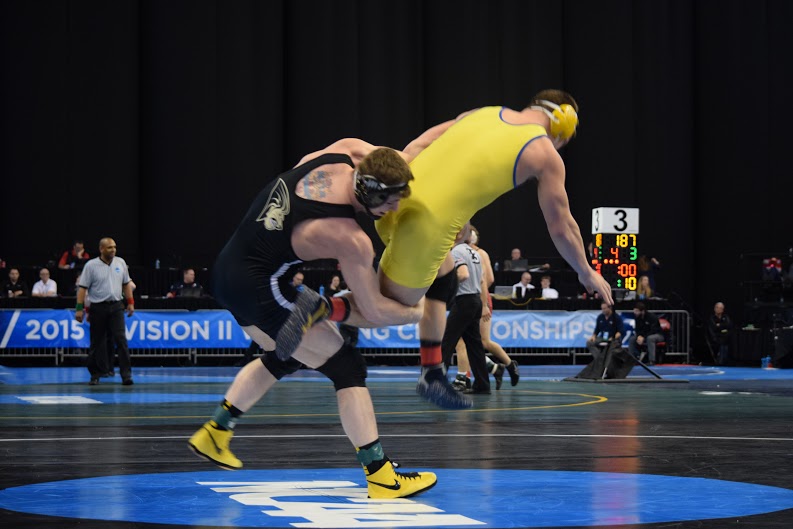 After a full first day of national championship competition where Lindenwood wrestlers went a combined 7-4, the Lions have three still alive vying for all-American status and two will have rematches against opponents from the regular season. Here’s a couple of game notes to prime you for day two of the national championships.

– Junior Terrel Wilbourn (149 lbs) is the lone Lion to win both matches and advance to the semifinals… he will begin the morning against Destin McCauley (Nebraska-Kearney)… the two met already once this season in January…Wilbourn won by 11-5 decision.

– St. Cloud State leads the team standings with 47.0…. fellow MIAA member and conference tournament champion Nebraska-Kearney is in second with 44.5….cross-city rival Maryville University of St. Louis is in third with 42.5….Lindenwood is second among MIAA teams and is tied for 11th place with 18.5 points.

For updated stories check back to lindenlink.com….for live updates for Lindenwood wrestlers follow @BJackParker on twitter.com….