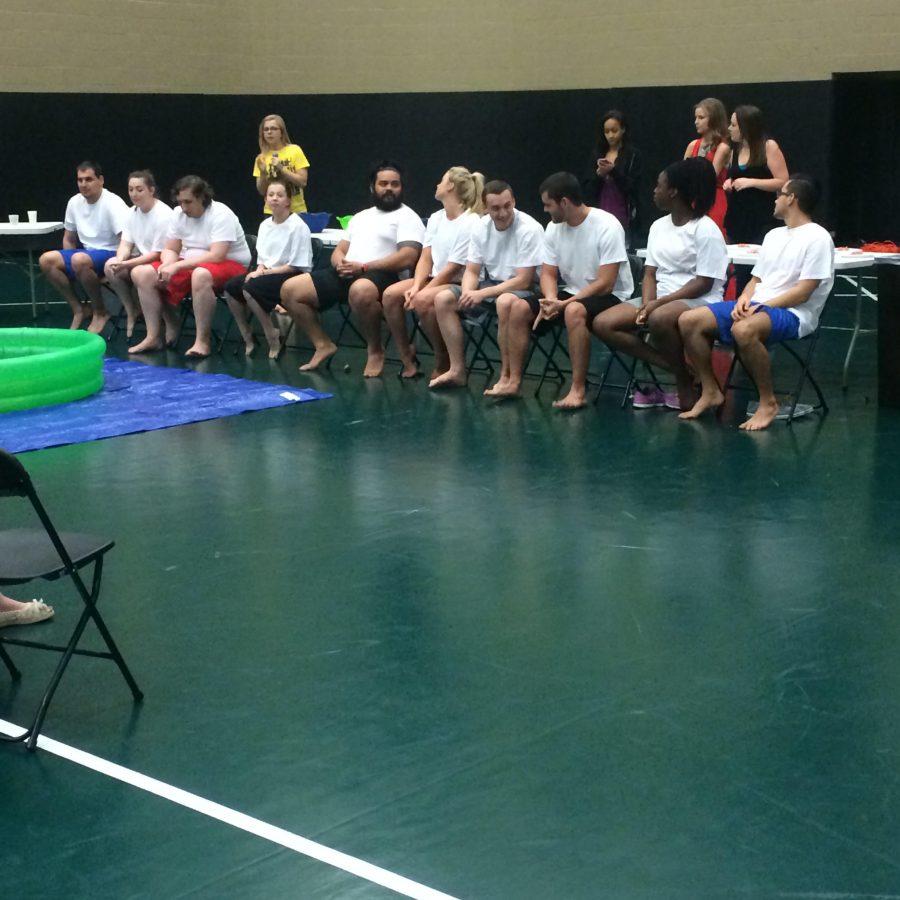 Lindenwood’s Campus Activity Board (CAB) hosted a fun-filled event that tested the limits and bravery of several LU students.

CAB’s FearFacer event was a spinoff of the hit reality television show “FearFactor.” The contest was held Monday, March 16.

Event Coordinator Amy Weigand said the event is something she has wanted to do for a long time.

“I always had an idea for a game show, but the execution was the hard part,” she said. “I almost gave up on the idea completely until my boyfriend reminded me about it and we finally found a game show that fit.”

Ten contestants competed in the event. They were asked to find coins in a muddy swimming pool, crack eggs on their heads, eat spam disguised as cat food, and dip their toes in ice water to find as many clear marbles as they could in 30 seconds.

The final two contestants were Zac Farmer and Tyler Hoeferlin.

“We always try to get out and support what’s going on around campus,” said Farmer. “Being a part of a fraternity, Tyler and I know how important it is to support campus involvement.”

The last test was a challenge to see who could eat a habanero pepper fastest. The pair fought to the last bite, but Hoeferlin was crowned the “ultimate fear facer.”

Hoeferlin said the night was a huge success in his eyes.

“I had a lot of fun tonight and its always great to walk away with a win.”