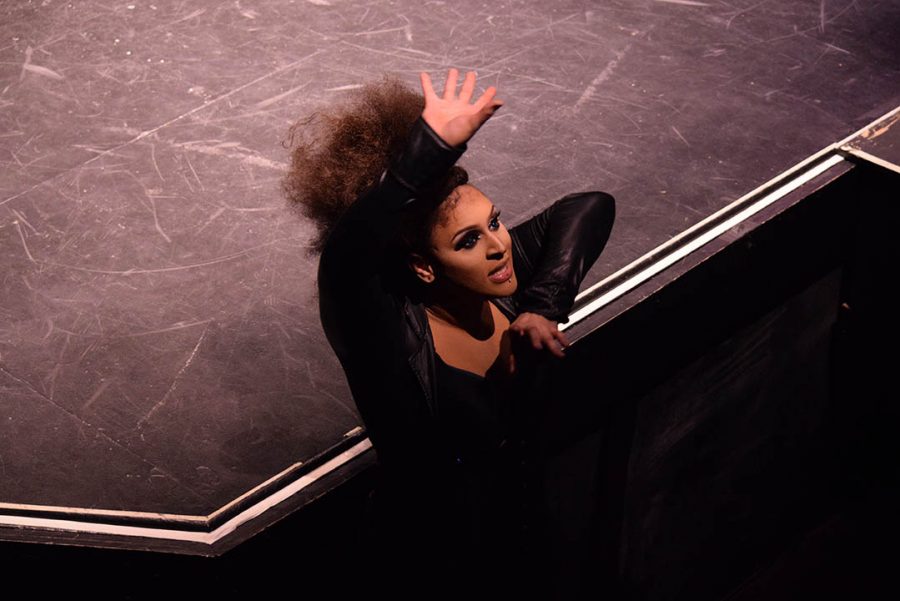 Several Lindenwood students also participated with their own lavish numbers, including junior May Lantos as a drag king leading the segment “Mr. Jay and His Bitches,” in which she performed Sir Mix-A-Lot’s “Baby Got Back,” with Zac Farmer, Tyler Hoeferlin and Logan la Rue with dramatically altered buttocks, bringing up the greatest enthusiasm from the audience. In addition, the audience got to enjoy the explosive character of Tassandra Krush, who is a professional transqueen who moonlights at St Louis night club Attitudes.

The show was a celebration of all genders coming together to feel pretty, show passion for dance, music and entertainment, but also informing the audience about the drag world.

“The purpose was really to raise awareness on campus,” said junior Nick Simmons, who performed in the show as “Mother Mary. “We saw how much support we’ve had over this year, the ability to change minds about what drag is. I think that is what our goal was at Lindenwood that people who may not know what [drag] is, to show them what it is and to entertain them.”

Duchess encouraged the audience to “be who the hell you want to be. Just be the best person you can be” before the event was drawn to an epic conclusion with the grand finale performance of “Lady Marmalade,” from 2001’s “Moulin Rouge!” featuring Tyler Tousley as “Beck Dorothy,” GSA president Ethan Miller as “Mercury Jones,” Simmons as “Mother Mary” and Maggie McNeal as Stella Sparks. The drag show was a surprisingly huge success and GSA hopes that it will not be the last.