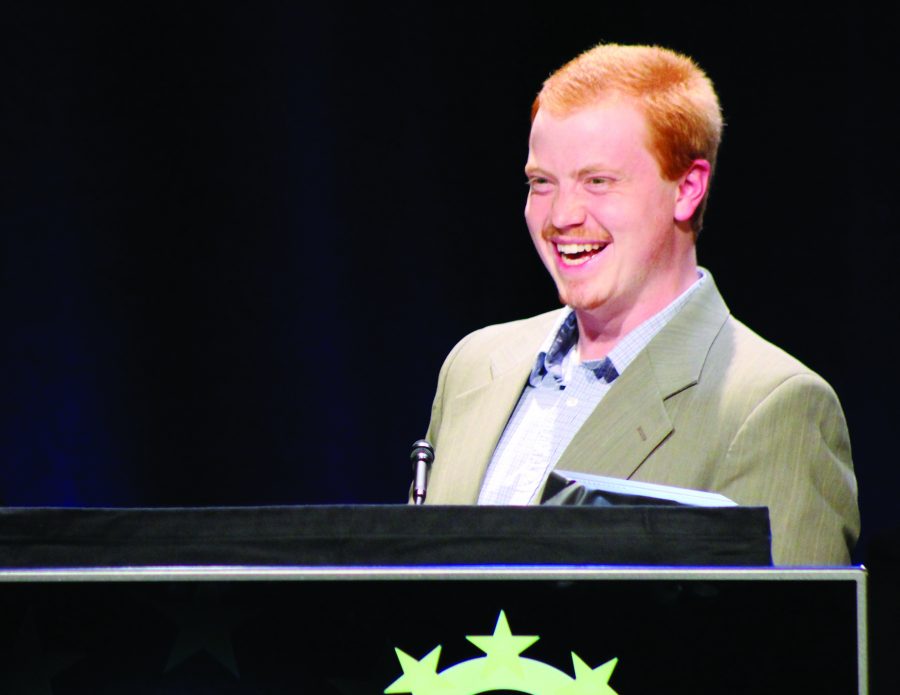 The 2015 Lindy Awards ceremony was the biggest and best yet.

The Lindys are the School of Communications and the Graphic Design awards for student works made throughout the school year, recognizing the highest quality of work from the Legacy, LUTV, the Firm, film classes and more.

Due to the addition of many new categories and a stronger focus on nominations, over 500 nominations were entered.

A means of digitally uploading the nominated piece also made it far easier to get work considered.

The number of categories that only had one person nominated also shrunk to five this year, lower than it had been previously.

Each category is judged by professionals in the field that has no affiliation with Lindenwood.

Among the many Lindy awards that were handed out, three people each won three awards on the night: Jordan Harms, for Best Fiction Short, Best Music Video and Best Acting; Elisa Schwartz, for Best Publication Design (Front Cover): Magazine or Book, best Design: Out-of-Home and Best Visual: Logo; and Isaac White, who won Best Sound: Short or Segment, and whose piece “Cigar Commercial” won both Best Promo/Commercial/PSA, and the prestigious Best in Show, given to the best submitted work overall.

Also given out annually, is the Communications Alumnus of the Year Award, given to Earl Austin, Jr., who graduated in the mid-1980s.
Austin Jr. was a star on the basketball team, his number was retired this year.

Also, he was a reporter for the school newspaper of the day.

Since he graduated, he has found his niche writing about the non-major professional sports in St. Louis and about area high schoolers.
There to present the award was Mike Wall, Dean of the School of Communications.

Wall praised his hard work and dedication, but also his character.

“I have never seen a man with such class, and I have never met someone who did not like Earl Austin Jr.,” he said.

In his acceptance speech, Austin Jr. praised the Lindenwood Communications department, stating, “Everywhere you go you will find Lindenwood people working in the field, whether in newspaper, television, or radio,” and calling the School a “dynasty” for its continued excellence in training talented people in the communications fields.

Wall also praised President James Evans and Professor Tom Pettit, both of whom are retiring this year, and Provost Jann Weitzel, who has been hired to be president at another college.