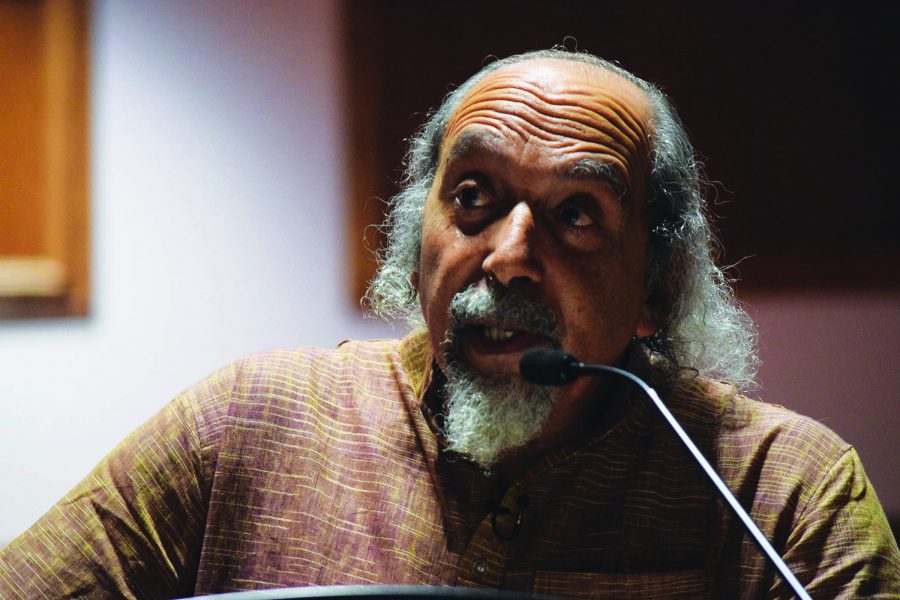 Published poet and retired LU professor Michael Castro spoke about his career and poetry Thursday April 9 as part of the Speaker Series.

The speech contained readings of many poems that Castro wrote, including “Freedom Ring,” a poem dedicated to Martin Luther King Jr., that was first read publicly in Birmingham, Alabama, in 1981. Castro began his speech by talking about how he became involved with poetry. Castro said that before he became a poet, he struggled with interpreting poetry, which frustrated him.

“[In college] I always had a problem with poetry,” said Castro. “When I graduated from the University at Buffalo, a friend of mine who wrote poetry gave me a book called ‘Poeta en Nueva York’ by García Lorca.”

Castro said he found the poems in “Poeta en Nueva York” to be very surreal and that it had “wild imagery.”

Castro has said he likes to use poetry with music and has performed with many musicians and performs many of his poems with jazz groups.

“Endless Root” is an album released in 2008 that features poetry performed by Castro and music performed by musician Joe Catalano. The album was recorded live from a performance at the Stoa Gallery in Petaluma, California, on June 26, 1996.

Castro said that modern poets are more concerned with performing their poems than getting them published.

“You were considered professional if you had a book published,” said Castro. Castro’s 15th book “How Things Stack Up” was published on June 26, 2014.

Castro said when he writes poetry, he likes to use imagery and music quality, as well as have his poetry have a deep meaning to it.

“It’s not what’s in between the lines but what is in the lines,” said Castro.

For inspiration, Castro has traveled to India many times because of how spiritual and non-materialistic the people are. He said visiting India has changed him, despite being a native of New York. The literary magazine “River Styx” was partly founded by Castro in 1975, and is an “international, award-winning journal of poetry, fiction, essays, interviews, and art,” according to the magazine’s website.

Throughout his career, Castro has made friends with many people, including the famous poet Allen Ginsberg, who was known for his epic poem “Howl,” which criticized capitalism in the US. The two were neighbors in New York for a while, and Castro was Ginsberg’s secretary at one point.

Castro ended his speech with the reading of his poem “The Man Who Looked into Coltrane’s Horn,” which took him 12 minutes to read.

The poem is about Castro attending a concert performed by jazz saxophonist John Coltrane, but Castro didn’t write the poem until 20 years after the concert.

For more information on Castro and his poems, “How Things Stack Up” is available on Amazon for $13.