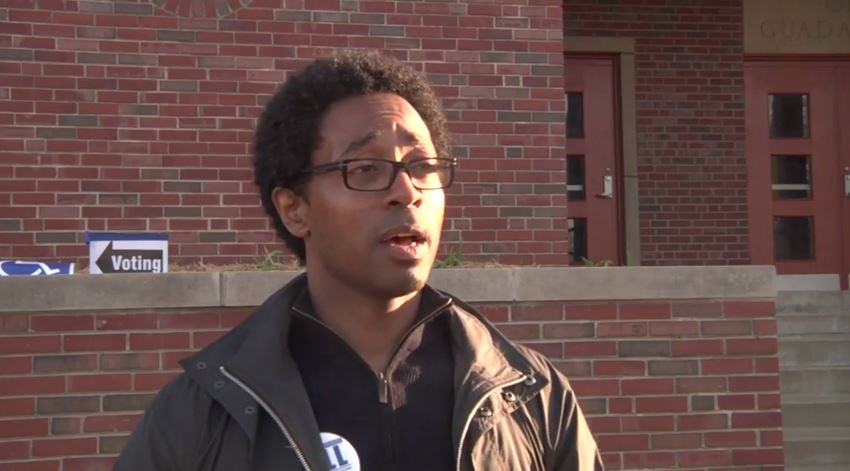 Annual April elections took place across Missouri this week. However, this year’s elections were historic for one city. Tuesday’s polls marked the first elections since the unrest in Ferguson began in August of last year.

The themes of change and community were echoed by many of the voters and candidates during the election. Members of Ferguson’s Ward 3, the ward in which the Michael Brown shooting took place, communicated an atmosphere of optimism and hope.

“We came out and voted. Our votes matter,” said one voter in response to wide spread media discussion on the lack of voter participation in past years by the Ferguson community.

This was not the case for Tuesday’s election. Members of the Ferguson community came out to the polls looking to bring a fragmented community together.

“It’s time for a lotta peoples to pullin together and tryin to make change for the school system, the neighborhood, dealing with the police,” said voter Sandra Riley. “It don’t matter if you’re white or black. It shouldn’t matter about the race. It’s about the people.”

Much of the discussion leading up to elections focused on the unbalanced representation of the black residents in the city. One voter, who was campaigning outside of the polls, recognized the need to create and maintain balance.

“Moving forward . . . We don’t want to bring a different side of racism to the same table,” said Savoy Gardner. “We want to do something better.”

Wesley Bell, who ran for a seat on the City Council in Ward 3, said running for office was the next step in his passion for community involvement. Bell, who ended up winning the seat with nearly 70 percent of the votes, said one of his main goals will be to open lines of communication between the police department and residents.

“Police departments need to be part of the community and that requires retraining. That requires community partnerships and it requires information going two ways; as opposed to just implementing policy,” explained Bell.

Six seats on the city council are now split 50-50 with three black members on the council. Bell of Ward 3 will join newly elected Ella Jones of Ward 1 and Ward 2 veteran representative Dwayne James.