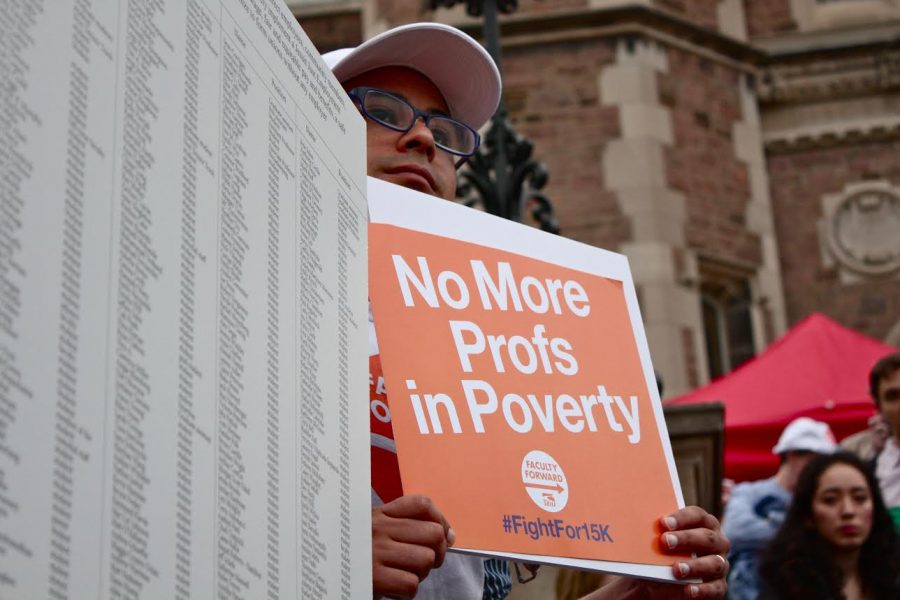 Hundreds of adjunct instructors, students and other workers gathered at Washington University in St. Louis to rally for workers’ rights on Wednesday, April 15. The rally was one of countless demonstrations across the nation.

Show-Me Fifteen and a Union and the Service Employees International Union partnered with the Faculty Forward initiative to rally for $15 minimum wage, benefits and other workers’ rights.

Adjunct instructors from schools like St. Louis University, St. Charles Community College and Washington University were among those who participated in the joint effort.

Event goers said their main goal was to bring awareness to the issues.

“A lot of professors and instructors are very shy about this and we don’t want our students to know that we have to piecemeal our lives together,” said SLU adjunct Sheri Anderson “but we really need to be brave and to start talking out.”

Anderson, who is eight-months pregnant, said she is one of the fortunate few who has insurance, but her coverage will end with her contract in the summer, when her child is due.

Washington University adjuncts voted to unionize in January, and are still in the preliminary stages of seeing major changes.