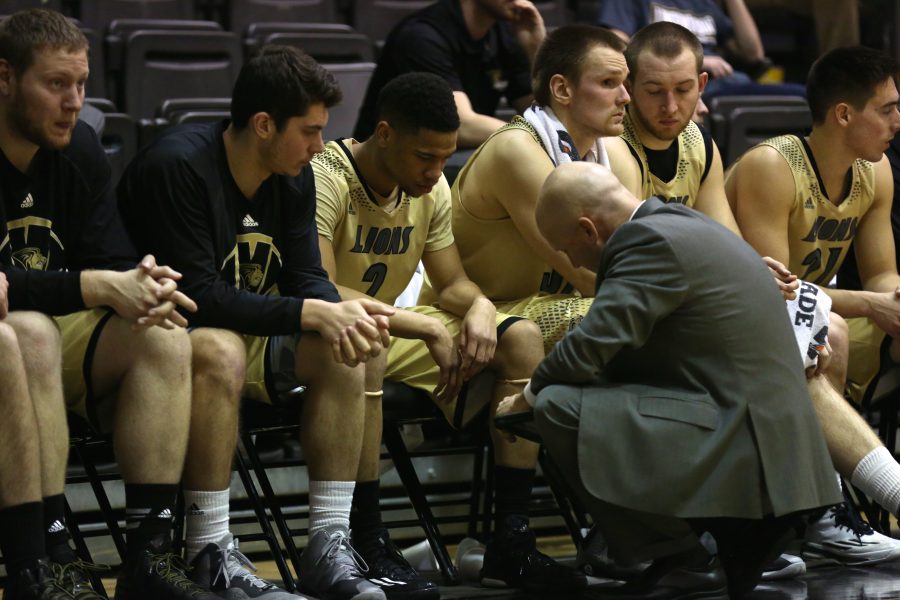 Head coach Brad Soderberg discusses a play with LJ McIntosh during the game against Lincoln.

LU head men’s basketball coach Brad Soderberg has resigned from his position to join the University of Virginia staff as an assistant coach.

Lindenwood released a statement Friday evening announcing Soderberg’s resignation. In the statement, Soderberg thanked the University, President Evans, his entire coaching staff and his players for supporting him during his six years at the school. Athletic Director John Creer thanked Soderberg for his dedication during his tenure with the school and wished him luck as he moved forward into this new phase of his coaching career.

Also in the statement, Creer announced that Marshall Newman, a former Soderberg assistant coach, would become the interim head coach for the team while the university conducted a nationwide coaching search.

Soderberg racked up 127 wins during his time at Lindenwood, and led the team during its transition over to the NCAA DII level. This past season, the men’s basketball team won 17 games and entered the MIAA tournament at the fourth seed, earning a bye to the second round before falling to Pittsburg State.

Soderberg has previous previous DI coaching experience at the University of Wisconsin and at St. Louis University. Soderberg previously worked as an assistant coach under Dick Bennett, the father of current University of Virginia head coach Tony Bennett.