Student up for Miss Missouri 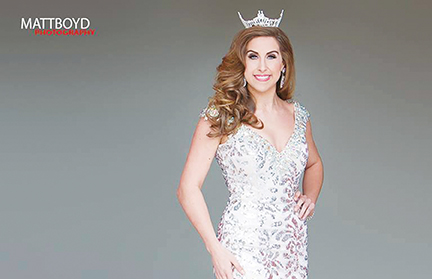 Mikaela Carson seems to be a normal college senior trying to keep up with a busy schedule. However, there is something that sets her apart from her fellow classmates and friends. Something that gives her opportunities outside of her academic career that only few are able to experience.

Last August, the 21-year-old Lindenwood student was crowned the first Miss Route 66, a local title of the Miss America system. With this title, she will go on to compete for Miss Missouri in June of this year, where the winner will then compete at the famous Miss America pageant in Atlantic City.

Carson, who plans to graduate next spring, wants to emphasize that the pageant world is not only about good looks and being able to present oneself on stage. With a double major and a double minor, her involvement with Sigma Sigma Sigma on campus and several volunteer opportunities with local and national organizations, she puts her focus on education, serving others and making the best out of her title. Unlike other girls who dream about winning a pageant one day, Carson had not even considered it when she was younger.

“I have struggled with really bad social anxiety for most of my life and had a bad posture. I never thought I would ever do a pageant,” she said.

“But then I was approached after participating at a charity fashion show during my sophomore year in high school. I thought about it a lot and decided it would be a great learning experience.”

Competing at pageants taught Carson to come out of her shell and showed her how to present herself. Overcoming her history of social anxiety, she wants to be a role model for other girls who deal with fears or insecurities.

“I think pageants are a great way [to overcome social anxiety]. It’s not about changing who you are, it’s about becoming the best version of yourself,” Carson said. “You cultivate your speaking skills, you become your own business manager. There are so many opportunities that open up because of it and you grow a lot as a person.”

She will continue to be involved in volunteer work and travel around the state before competing for Miss Missouri. After graduation, Carson plans to go to law school to aspire a career in corporate compliance.

Being Miss Route 66 has impacted Carson’s life in many positive ways.

“The crown really doesn’t come off. Even when I’m not wearing it, I’m still Miss Route 66,” she said. “It really can shape your life and change it for the better. I’ve had job opportunities open up, I’ve been able to improve my life skills and I’ve met some of my best friends along the way.”