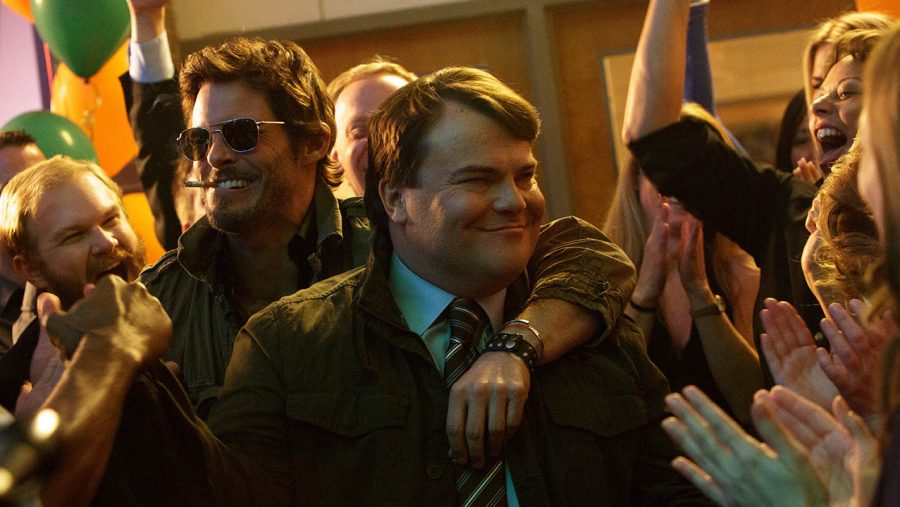 Photo from epk.tv Landsman (Jack Black, right) imagines being the hero of his high school reunion with Lawless (James Marsden) by his side

“The D Train” really wants to be a thought-provoking piece that blends commentary on how society views sexuality and relationships with good humor, but it takes a much less impactful route thanks to its poor use of dumb jokes. It is like a professional boxer that looks and talks like a professional, but without any compelling swings that make him viably good among the big dogs.

Jack Black plays, with much familiarity, Dan Landsman, an average lovable loser that everyone in his hometown seems to look down upon. Landsman sees his old popular high school classmate Oliver Lawless (James Marsden) on a national commercial for Banana Boat sunblock. Landsman gets Lawless to come stay with his family for their high school reunion in attempt to attract the rest of their classmates to the reunion.

After spending the night at Lawless’ apartment, and a certain event that I will not give away, the film’s dynamic changes from Landsman obsessing over being the “hero” and instead obsessing over his relationship with Lawless, making this already awkward character portrayal much more complicated.

There are enough serious moments that movie seems to take itself seriously, but there are so many awful and immature jokes that make it strange and disjointed. Since the movie results around one event, the high school reunion, and the movie is essentially runs with the structure of “gay joke, serious moment, weird character interaction, rinse and repeat,” “The D Train” flat-out drags at points. And that’s saying something for a 97-minute movie.

Oddly enough, the one enjoyable part of the movie is its music. Andrew Dost, of the popular trio fun., is able to make the electronic score enjoyable and fit the movie’s mood very well.

“The D Train” has an ultimately not satisfying finish, and there is not much to enjoy on the journey to get there.